Division of Ryan facts for kids 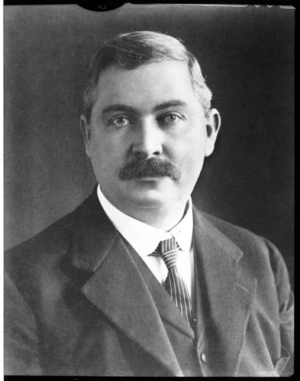 The Division of Ryan is an Australian Electoral Division in Queensland. It was set up in 1949 and is named after T. J. Ryan, Premier of Queensland from 1915 to 1919. Ryan is located in south east Queensland. It is based on the south western suburbs of Brisbane, including Auchenflower, Bellbowrie, Brookfield, Chapel Hill, Ferny Grove, Fig Tree Pocket, The Gap, Indooroopilly, Karana Downs, Kenmore, Keperra, Lake Manchester, Moggill, Pullenvale, St Lucia, Taringa, Toowong, the western Centenary Suburbs and parts of Bardon.

John Moore was a Minister in the Fraser government, and also served as Minister for Defence in the Howard government. In 2001, Moore retired from politics, leading to a by-election for the division. The ALP won the by election but did not win the division at the next election, held later the same year. Michael Johnson was sacked from the Liberal Party after allegations of improper fundraising and not following the rules about using his tax payer provided motor car. He continued in Parliament as an independent, but was defeated at the 2010 election.

All content from Kiddle encyclopedia articles (including the article images and facts) can be freely used under Attribution-ShareAlike license, unless stated otherwise. Cite this article:
Division of Ryan Facts for Kids. Kiddle Encyclopedia.