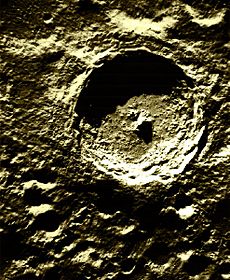 The prominent impact crater Tycho on the Moon. NASA photo. 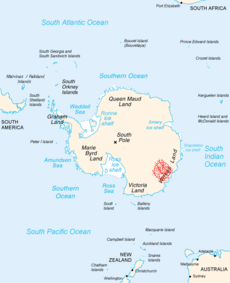 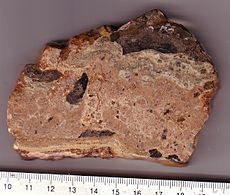 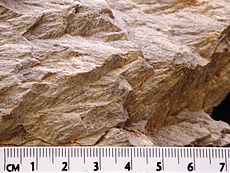 Impact craters are formed by meteorites or comets striking the Earth or other solid body. There is a system for recording and assessing craters.

There are some other suggested impact structures which are larger. It is a feature of the Earth that climate, weathering and plate tectonics removes most of the older features and events. In comparison, the Moon retains a nearly complete record of its past impact events. The implication is that the Earth once suffered a similar bombardment in its early history. This period is known as the Late Heavy Bombardment, because it occurred after the Earth and Moon formed.

Any of these may or may not be meteorite craters: 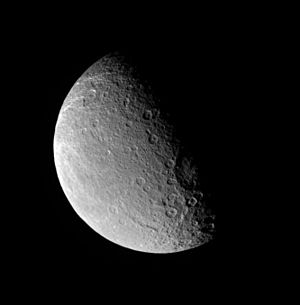 The distinctive mark of an impact crater is the presence of rock which has undergone shock-metamorphic effects, shattered or melted rocks, and crystal deformations. Examples:

All content from Kiddle encyclopedia articles (including the article images and facts) can be freely used under Attribution-ShareAlike license, unless stated otherwise. Cite this article:
Impact crater Facts for Kids. Kiddle Encyclopedia.