Janet Louise Yellen (born August 20, 1946) is an American economist and professor. She is a Democrat.

Yellen is the first person in American history to lead the three most powerful economic bodies in the Federal government of the United States: the Treasury Department, the Federal Reserve, and the White House Council of Economic Advisers. 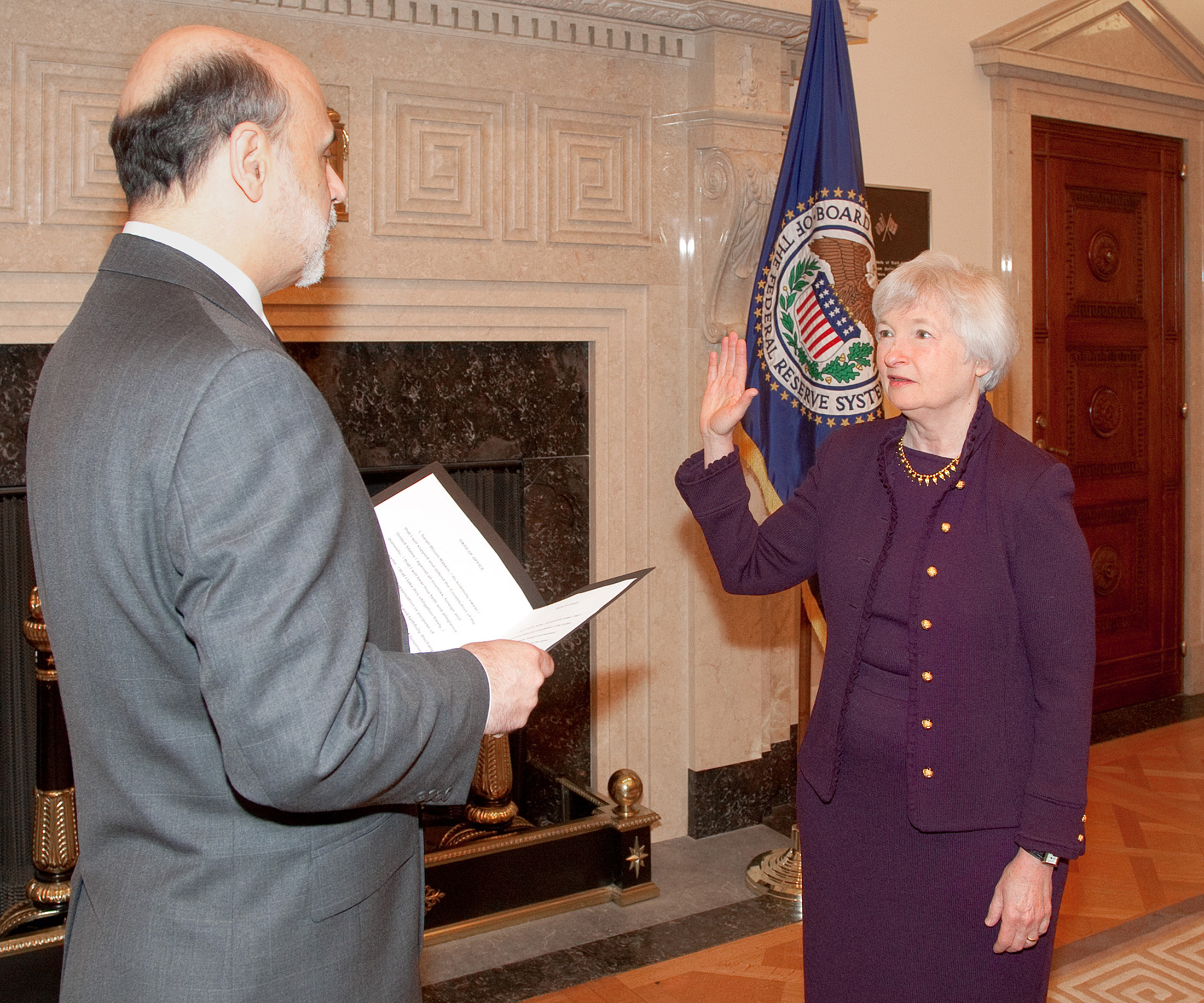 Yellen was born to a Polish Jewish family in New York City's Brooklyn borough, as the daughter of Anna Ruth (née Blumenthal; 1907–1986), an elementary school teacher and Julius Yellen (1906–1975), a family physician, who worked from the ground floor of their home.

She graduated from Fort Hamilton High School in the Bay Ridge section of Brooklyn as a valedictorian. She then graduated from Pembroke College in Brown University with a degree in economics in 1967. She received her Ph.D. in economics from Yale University in 1971. Two dozen economists earned their Ph.D from Yale in 1971, but Yellen was the only woman in that doctoral class.

She was the President and Chief Executive Officer of the Federal Reserve System in the Clinton administration.

In November 2020, President-elect Joe Biden nominated Yellen to be the next United States Secretary of the Treasury. If confirmed by the United States Senate, she will be the first woman to be Treasury secretary.

She was born in Brooklyn, New York City, and has a Jewish background. She is married to Nobel Prize winning economist George A. Akerlof and has one son, Robert, born in June 1981.

All content from Kiddle encyclopedia articles (including the article images and facts) can be freely used under Attribution-ShareAlike license, unless stated otherwise. Cite this article:
Janet Yellen Facts for Kids. Kiddle Encyclopedia.