Justus Freiherr von Liebig (12 May 1803 – 18 April 1873) was a German chemist who made major contributions to agricultural and biological chemistry, and was considered the founder of organic chemistry. As a professor at the University of Giessen, he devised the modern laboratory-oriented teaching method, and for such innovations, he is regarded as one of the greatest chemistry teachers of all time.

He has been described as the "father of the fertilizer industry" for his emphasis on nitrogen and trace minerals as essential plant nutrients, and his formulation of the law of the minimum, which described how plant growth relied on the scarcest nutrient resource, rather than the total amount of resources available.

He also developed a manufacturing process for beef extracts, and with his consent a company, called Liebig Extract of Meat Company, was founded to exploit the concept; it later introduced the Oxo brand beef bouillon cube. He popularized an earlier invention for condensing vapors, which came to be known as the Liebig condenser.

Liebig studied other foods, as well. He promoted the use of baking powder to make lighter bread, studied the chemistry of coffee-making, and developed a breast-milk substitute for babies who could not suckle. He is considered to have made possible the invention of Marmite, because of his discovery that yeast could be concentrated. 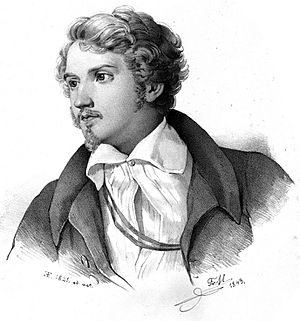 Justus von Liebig was born in Darmstadt. His father was a drysalter and hardware merchant who compounded and sold paints, varnishes, and pigments, which he developed in his own workshop. From childhood, Justus was fascinated with chemistry.

At the age of 13, Liebig lived through the year without a summer, when the majority of food crops in the Northern Hemisphere were destroyed by a volcanic winter. Germany was among the hardest-hit nations in the global famine that ensued, and the experience is said to have shaped Liebig's later work. Due in part to Liebig's innovations in fertilizers and agriculture, the 1816 famine became known as "the last great subsistence crisis in the Western world". 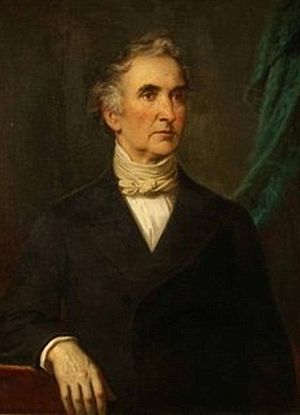 Liebig was president of the Bavarian Academy of Science

Liebig attended grammar school at the Ludwig-Georgs-Gymnasium in Darmstadt. Leaving without a certificate of completion, he was apprenticed for several months to the apothecary Gottfried Pirsch (1792–1870) in Heppenheim before returning home. He worked with his father for the next two years, then attended the University of Bonn, studying under Karl Wilhelm Gottlob Kastner, his father's business associate. When Kastner moved to the University of Erlangen, Liebig followed him. 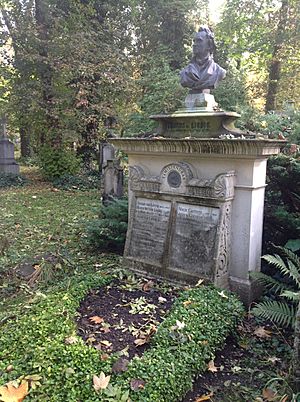 In 1852, Justus von Liebig accepted an appointment from King Maximilian II of Bavaria to the Ludwig Maximilian University of Munich. He also became scientific advisor to King Maxilimian II, who hoped to transform the University of Munich into a center for scientific research and development. In part, Liebig accepted the post because, at age 50, he was finding supervision of large numbers of laboratory students increasingly difficult.

His new accommodations in Munich reflected his shift in focus. They included a comfortable house suitable for extensive entertaining, a small laboratory, and a newly built lecture theatre capable of holding 300 people with a demonstration laboratory at the front. There, he gave lectures to the university and fortnightly to the public. In his position as a promoter of science, Liebig was appointed president of the Bavarian Academy of Sciences and Humanities, becoming a president of the Royal Bavarian Academy of Sciences in 1858.

Liebig died in Munich in 1873, and is buried in the Alter Südfriedhof in Munich.

All content from Kiddle encyclopedia articles (including the article images and facts) can be freely used under Attribution-ShareAlike license, unless stated otherwise. Cite this article:
Justus Liebig Facts for Kids. Kiddle Encyclopedia.