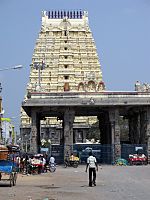 Ekambareswarar temple – the largest temple in the city

For a long time, from the 6th century till the 8th century, the city was capital city of the Pallava dynasty.

There are many temples in the city. There is a Math (religious centre) of Shankaracharya in this city. 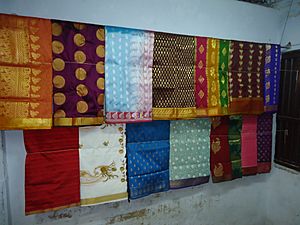 All content from Kiddle encyclopedia articles (including the article images and facts) can be freely used under Attribution-ShareAlike license, unless stated otherwise. Cite this article:
Kanchipuram Facts for Kids. Kiddle Encyclopedia.