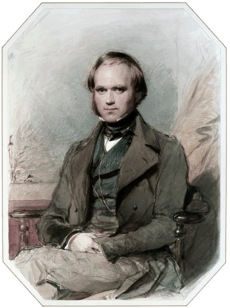 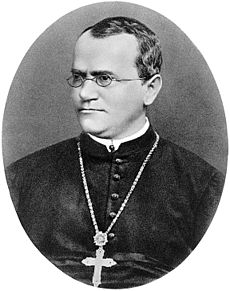 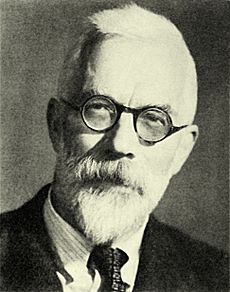 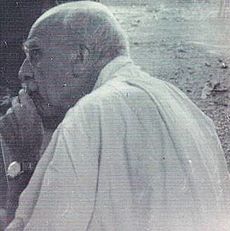 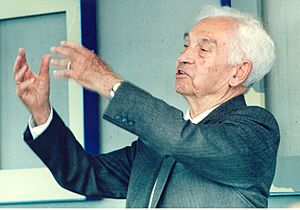 The modern evolutionary synthesis is about evolution. It explained how the discoveries of Gregor Mendel fit with Charles Darwin's theory of evolution by means of natural selection. Mendel found out how we inherit our genes.

The modern synthesis brought Darwin's idea up to date. It bridged the gap between different types of biologists: geneticists, naturalists, and palaeontologists.

The idea that new species occur after populations split has been much debated. Geographical isolation often leads to speciation. In plants, polyploidy must be included in any view of speciation.

"Evolution consists mainly of changes in the frequencies of alleles between one generation and another".

This shows how some biologists see the synthesis.

Almost all aspects of the synthesis have been challenged at times, with varying degrees of success. There is no doubt, however, that the synthesis was a great landmark in evolutionary biology. It cleared up many confusions, and was directly responsible for stimulating a great deal of research after WWII.

There are a number of discoveries in earth sciences and biology which have arisen since the synthesis. Listed here are some of those topics which are relevant to the evolutionary synthesis, and which seem soundly based.

The Earth is the stage on which the evolutionary play is performed. Darwin studied evolution in the context of Charles Lyell's geology, but we now know more about Earth history.

Conclusion: Our present knowledge of earth history strongly suggests that large-scale geophysical events influenced macroevolution and megaevolution. These terms refer to evolution above the species level, including such events as mass extinction, adaptive radiation, and the major transitions in evolution.

In the past thirty or so years there have been excavations in parts of the world which had scarcely been investigated before. Also, there is fresh appreciation of fossils discovered in the 19th century, but then denied or deprecated. Many outstanding discoveries have been made, and some of these have implications for evolutionary theory.

Important work on genetics has led to a new approach to animal development. The field is called evolutionary developmental biology, or evo-devo for short.

There is clear proof that much of development is closely controlled by special genetic systems involving hox genes. In his Nobel Prize lecture, E.B. Lewis said "Ultimately, comparisons of the [control complexes] throughout the animal kingdom should provide a picture of how the organisms, as well as the [control genes] have evolved".

In 2000, a special section of the Proceedings of the National Academy of Sciences (PNAS) was devoted to evo-devo, and an entire 2005 issue of the Journal of Experimental Zoology Part B: Molecular and Developmental Evolution was devoted to the key evo-devo topics of evolutionary innovation and morphological novelty.

A survey of the field for the general reader gives examples.

All content from Kiddle encyclopedia articles (including the article images and facts) can be freely used under Attribution-ShareAlike license, unless stated otherwise. Cite this article:
Modern evolutionary synthesis Facts for Kids. Kiddle Encyclopedia.