There were several reasons that the Thirty Years' War started. 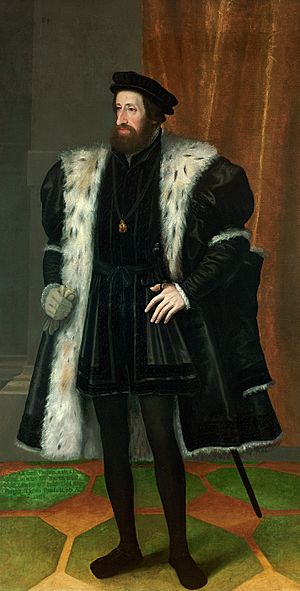 Second: the powerful countries in Europe in the 17th century often disagreed about matters of Politics or Economics. Spain wanted land in some of the German states, because the Germans owned some of the Spanish Netherlands. The Dutch fought the Spanish to get independence. They got it in some wars that ended in 1609. 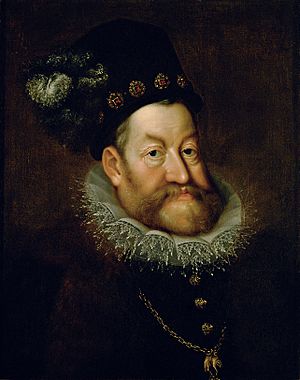 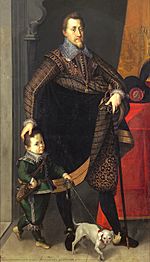 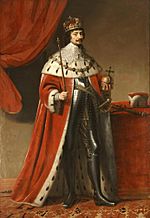 Frederick V, Elector Palatine as King of Bohemia, in 1634, two years after he died. Frederick is called the "Winter King" of Bohemia because he reigned for less than three months in 1620. He was put in power by a rebellious faction.

Emperor Matthias, who had no children, had died leaving the throne to Ferdinand II. Some of the Protestant leaders of Bohemia thought they would lose the religious rights granted to them by Emperor Rudolf II. They liked the Protestant Frederick V, Elector of the Palatinate (successor to Frederick IV) better. Frederick V was the creator of the League of Evangelical Union). Other Protestants supported the opinion of the Catholics.

So, in 1617, Ferdinand was elected by the Bohemian Estates to become the Crown Prince, and automatically upon the death of Matthias, the next King of Bohemia. The king-elect then sent two Catholic councillors (Wilhelm Grav Slavata and Jaroslav Borzita Graf Von Martinicz) as his representatives to Hradčany castle in Prague in May 1618. Ferdinand wanted them to run the government while he was gone. Suddenly, the Bohemian Hussites took them, put them on a mock trial, and threw them out of the palace window which was 20 feet off the ground (this is called defenestration, or, more specifically: the defenestration of Prague). Remarkably, they survived and did not get hurt. The Catholics said that angels appeared and carried them to safety, while the Protestants said that they landed in a pile of manure which saved their lives.