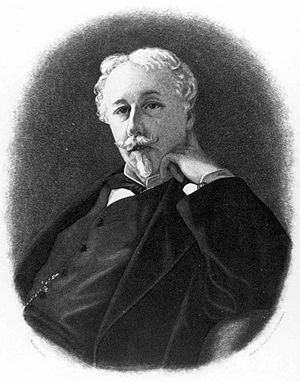 Joseph Arthur Comte de Gobineau (July 14, 1816 — October 13, 1882) was a French aristocrat. He was well educated, and wrote many things. He became famous for developing the racialist theory of the Aryan Master race in his book An Essay on the Inequality of the Human Races (1853-1855).

All content from Kiddle encyclopedia articles (including the article images and facts) can be freely used under Attribution-ShareAlike license, unless stated otherwise. Cite this article:
Arthur de Gobineau Facts for Kids. Kiddle Encyclopedia.