Kids Encyclopedia Facts
For the city in Spain, see Cartagena. 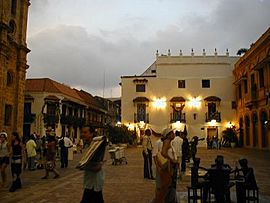 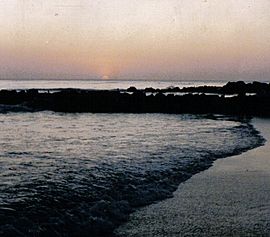 Cartagena (pronounced in Spanish; the usual English pronunciation is or), also known as Cartagena de Indias (Cartagena of the West Indies), is a large city seaport on the northern coast of Colombia. It is the capital of the Bolívar Department. As of 2005, it has a population of roughly 895,400. It was founded in 1533 by Don Pedro de Heredia, and named after the port of Cartagena in Spain's Murcia region. It was a major centre of early Spanish settlement in the Americas, and continues to be an economic hub as well as a popular tourist destination.

All content from Kiddle encyclopedia articles (including the article images and facts) can be freely used under Attribution-ShareAlike license, unless stated otherwise. Cite this article:
Cartagena de Indias Facts for Kids. Kiddle Encyclopedia.