Fallsburg is a town in Sullivan County, New York, United States. The town is in the eastern part of the county. The population was 12,870 at the 2010 census. It is not to be confused with the hamlet of Fallsburg which bears a similar name and is within the town of Fallsburg.

Fallsburg takes its name from a waterfall on the Neversink River and was established in 1826. The town is in the heart of a once popular predominately Jewish summer resort area known as the Catskills Borscht Belt.

The east town line is the border of Ulster County, New York. It is also bordered by the Town of Thompson, the Town of Neversink, and the Town of Liberty.

The town is known for many small lakes, ponds, wooded areas, and former dairy farms.

Fallsburg celebrates Francis Currey Day each year in honor of Francis S. Currey and other military veterans. Currey received a Medal of Honor for his bravery in World War II.

The Living Torah Museum, an Orthodox Jewish museum, has a branch of the museum in Fallsburg. 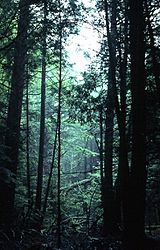 Lake Nityananda, on the property of the Shree Muktananda Ashram, Fallsburg

The Fallsburg Central School District serves the town of Fallsburg. The district is the "Home of the Comets". Schools in the district include Benjamin Cosor Elementary School and Fallsburg Junior Senior High School.

Lansmans Day Camp located on Murphy Road in Woodbourne, N. Y. is the longest continuous running day camp in Sullivan County. The day camp first opened its doors in the summer of 1949. LDC has a 8 week session starting the end of June. Lesser periods of half season and weekly sessions are available. Age ranges from 3 (nursery) to senior campers at 13-14 yrs old. LDC boasts heated swimming pool, swim instruction, basketball courts, four tennis courts, baseball / softball fields, soccer, arts and crafts program, performing arts & drama with stage facilities, operating restaurant, a full professional staff all on over 100 pristine protected areas. The camp offers busing and is open to the public. Staff is run by many of the local teachers and other professional camp directors and administrators. The camp is non-denominational. The website is: www.lansmansdaycamp.com.

The Fallsburg Library serves the town and is located in South Fallsburg. It has been in operation since 1991.

All content from Kiddle encyclopedia articles (including the article images and facts) can be freely used under Attribution-ShareAlike license, unless stated otherwise. Cite this article:
Fallsburg, New York Facts for Kids. Kiddle Encyclopedia.