Jagmeet Singh Dhaliwal MP (born January 2, 1979) is a Canadian politician and lawyer. He is the leader of the New Democratic Party of Canada right now. He became the leader in 2017. He used to be a Member of Provincial Parliament (MPP) in the Legislative Assembly of Ontario from 2011 to 2017. He represented the electoral district of Bramalea—Gore—Malton.

After the leadership election, he became the first person of a visible minority to become the permanent leader of a major federal political party.

Jagmeet Singh was born on January 2, 1979 in Scarborough, Ontario. His parents were Harmeet Kaur and Jagtaran Singh, who both came from the state of Punjab in India. He started his career as a criminal defense lawyer.

Singh was first elected in the 2011 Ontario provincial election. He represented the ONDP. In 2015, he became the Deputy Leader of the Ontario New Democrats under Andrea Horwath until 2017.

Singh announced he would run for leadership of the federal New Democratic Party of Canada to replace Tom Mulcair which he won. He did not have a seat in the House of Commons until March 2019. This was when he won a seat in Burnaby South, British Columbia in a by-election.

Singh has branded himself a progressive and a social democrat. Singh supports LGBTQ rights.

Singh practices Brazilian jiu-jitsu, having competed in submission grappling in the U.S. and Canada.

Singh has been recognized for his fashion and style sense in Canadian magazines and publications. He was named by Toronto Life magazine as one of the five youngest rising stars, featured in the top 10 best dressed of 2013, and one of the 10 style icons featured in the 50th anniversary of Yorkdale Mall in 2014. Toronto Life also recognized him as one of the top 25 most stylish personalities in Toronto in 2013. In February 2017, GQ called him an "incredibly well-dressed rising star in Canadian politics". 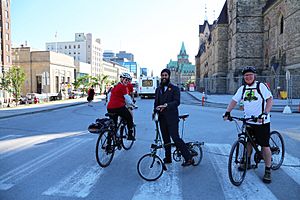 In January 2012, the Toronto Star named Singh one of Toronto's top 12 personalities to watch in 2012, calling Singh a trailblazer in Ontario politics. Singh was recognized by the World Sikh Organization of Canada in their 2012 list of honorees for being the first turbaned Sikh MPP in Ontario.

Singh has been prominent in the Punjabi-Canadian community, having taken part in numerous parades and festivities, and has been a guest feature on Jus Reign's YouTube vlogging channels and main channel videos.

In 2013, Singh was denied a visa to India for raising the issue of the 1984 Sikh massacre. He became the first Western legislator ever to be denied entry to India.

In a November 2017 episode of the TVOntario series Political Blind Date, Singh was paired with former Toronto City Councillor and current Premier of Ontario Doug Ford. The pair explored different forms of transportation, with Singh taking Ford on a downtown Toronto bicycle ride while Ford drove Singh along the dedicated streetcar right-of-way on St. Clair Avenue. Ford said of the experience that the two became friends, and Singh said Ford was "very warm and friendly". Jagmeet Singh is an avid cyclist and owns six designer bicycles.

In January 2018, Singh became engaged to Gurkiran Kaur Sidhu, a fashion designer and co-founder of jangiiro, a Punjabi clothing line. He proposed to her at the vegetarian restaurant where they had their first date, in front of friends, family, and members of the media that Singh had invited. The pair married on February 22, 2018.

Singh is fluent in English, French, and Punjabi.

On 27 November 2020, Singh streamed on Twitch playing the game Among Us with U.S. representative Alexandria Ocasio-Cortez and political Twitch streamer Hasan Piker, among others.

All content from Kiddle encyclopedia articles (including the article images and facts) can be freely used under Attribution-ShareAlike license, unless stated otherwise. Cite this article:
Jagmeet Singh Facts for Kids. Kiddle Encyclopedia.