More primitive trapdoor spiders, such as this female Liphistius sp., have segmented plates on the dorsal surface of the abdomen and cephalothorax, a character shared with scorpions, making it probable that after the spiders diverged from the scorpions, the earliest unique ancestor of trapdoor species was the first to split off from the lineage that contains all other extant spiders.

Living fossil refers to life forms which have survived with little change for a long time, and which are still around today.

Living fossils are not identical to their ancestors, of course. But they lived in the same or similar environments, and their adaptations suggest that their life-style was the same, or very similar. 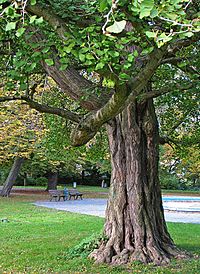 Ginkgos have not only existed for a long time, but also have a long life span, with some having an age of over 2,500 years. Six specimens survived the atomic bombing of Hiroshima, 1 to 2 kilometers from ground zero. They still live there today.

Some of these are informally known as "living fossils". 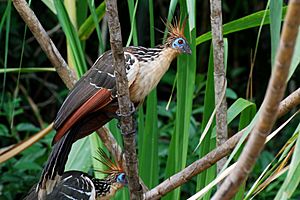 Hoatzin are born with two visible claws on their wings, but the claws fall out once the birds reach maturity. 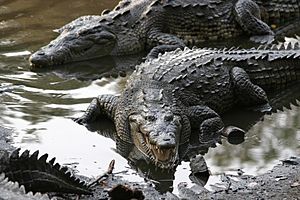 Crocodilians survived the K–Pg extinction event that killed off the dinosaurs. 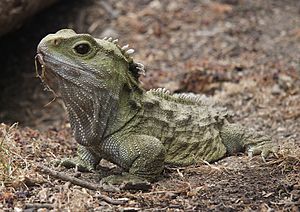 Tuataras are reptiles, yet retain more primitive characteristics than lizards and snakes. 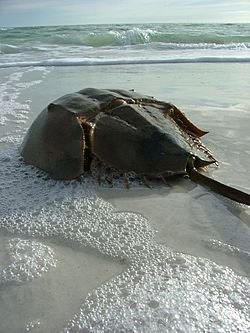 With little change over the last 450 million years, the horseshoe crabs appear as living fossils.

All content from Kiddle encyclopedia articles (including the article images and facts) can be freely used under Attribution-ShareAlike license, unless stated otherwise. Cite this article:
Living fossil Facts for Kids. Kiddle Encyclopedia.