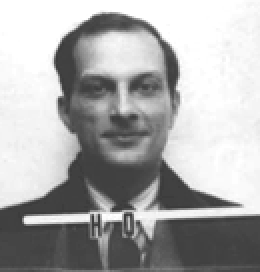 Stanisław Marcin Ulam (April 13, 1909 – May 13, 1984) was a Polish mathematician who took part in the Manhattan Project and proposed the design of Teller-Ulam of the thermonuclear weapons.

He also invented the nuclear propulsion to pulse and he developed a number of mathematical tools in the theory of numbers, set theory, ergodic theory and algebraic topology. Above all, he is known by being a coauthor (with Nicholas Metropolis) of the Monte Carlo Method.

All content from Kiddle encyclopedia articles (including the article images and facts) can be freely used under Attribution-ShareAlike license, unless stated otherwise. Cite this article:
Stanisław Ulam Facts for Kids. Kiddle Encyclopedia.