Cagliari (Sardinian: Casteddu) is a city in the region of Sardinia in Italy. It is also the capital of the Province of Cagliari. Cagliari has one of the biggest ports in the Mediterranea Sea and an international airport.

It is also the seat of the University of Cagliari from 1607 and the Primate Roman Catholic archdiocese of Sardinia, from the 5th century AD.

Cagliari has a hot-summer Mediterranean climate (Csa in the Koeppen climate classification).

The metropolitan area of Cagliari 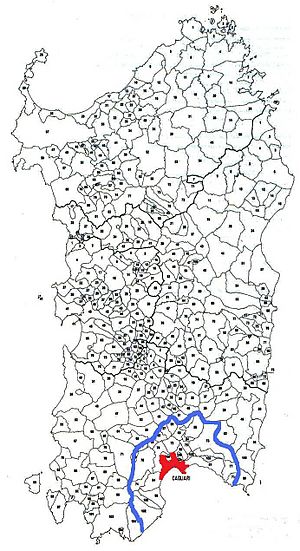 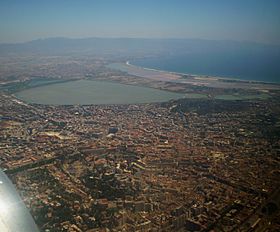 The city of Cagliari has, as twin cities, the following cities:

All content from Kiddle encyclopedia articles (including the article images and facts) can be freely used under Attribution-ShareAlike license, unless stated otherwise. Cite this article:
Cagliari Facts for Kids. Kiddle Encyclopedia.