Economy of Minnesota facts for kids

The economy of Minnesota produced US$312 billion of gross domestic product in 2014. Minnesota headquartered 31 publicly traded companies in the top 1,000 U.S. companies by revenue in 2011. This includes such large companies as Target, and UnitedHealth Group. The per capita personal income in 2004 was $36,184, ranking eighth in the nation. The median household income in 2013 ranked eleventh in the nation at $60,900. 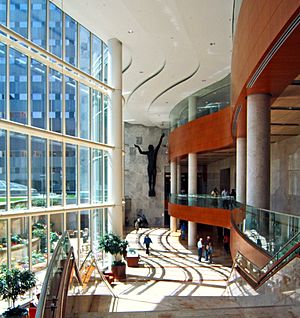 The following table lists the Minnesota-based non-profit organizations among the largest 400 in the U.S. by 2006 private donations. 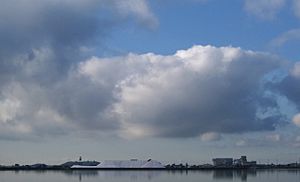 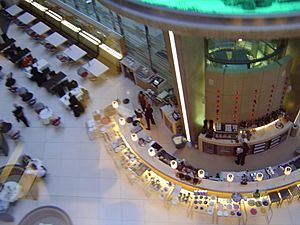 Part of Carlson, a Radisson hotel in Berlin

The following table lists the privately held companies headquartered in Minnesota with 2007 revenues over $1 billion. 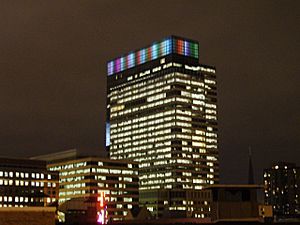 The following table lists the public companies headquartered in Minnesota with 2010 revenues placing them in the 1000 largest U.S. companies.

Energy use and production 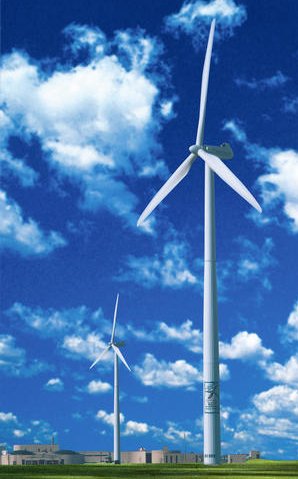 The state does not produce any petroleum of its own but boasts the largest oil refinery of any non-oil-producing state, the Pine Bend Refinery. As of 2001, Minnesotans were using a total of 7.2 million US gallons (27,000 m3) of gasoline per day, and fuel use rises in the region by about 2% annually. About 70% of the gasoline fuel used in the state comes from Pine Bend and the nearby St. Paul Park Refinery, while most of the rest comes from a combination of the Mandan Refinery in North Dakota, and the Superior Refinery in Superior, Wisconsin. 40 to 50% of Pine Bend's output is used within the state. Flint Hills is currently planning a $100 million expansion to increase capacity at the plant to about 330,000 barrels per day (52,000 m3/d). Petroleum from the north comes to the state through one of the longest pipelines in the world, the Lakehead Pipeline and the Minnesota Pipeline. Additional crude comes from the south via the Wood River Pipeline. 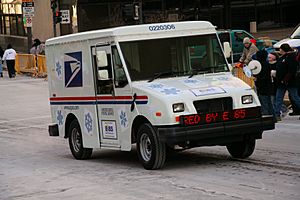 Ethanol fuel is produced in the state, and consumer gasoline is required to contain 10% ethanol (E10). As of 2006, Minnesota is the only U.S. state with such a mandate. 20% ethanol (E20) will be mandated in 2013. Minnesota has the highest number of fuel stations offering E85 fuel, with 300 statewide. A 2% biodiesel blend has also been required in diesel fuel since 2005. Electricity-producing wind turbines have become popular, particularly in the windy southwest region on the Buffalo Ridge. As of November 2006, the state is the country's fourth-largest producer of wind power, with 812 megawatts installed and another 82 megawatts planned.

Like other Midwestern states that experience cold winters, Minnesota is heavily dependent on natural gas for home heating. Just over two-thirds of homes use the fuel.

Minnesota residents and visitors can legally gamble on the lottery, for instance; its games include Powerball, Hot Lotto, both multi-state games, Gopher 5, Northstar Cash, and numerous scratch tickets.

All content from Kiddle encyclopedia articles (including the article images and facts) can be freely used under Attribution-ShareAlike license, unless stated otherwise. Cite this article:
Economy of Minnesota Facts for Kids. Kiddle Encyclopedia.