Hall of fame facts for kids 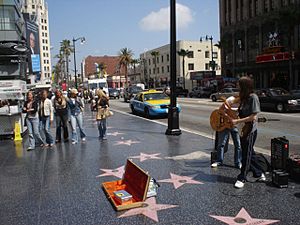 The first hall of fame was the Forum Augustum in Ancient Rome. It was built by Augustus who vowed to build a temple honoring Mars, the Roman God of war, during the battle of Philippi in 42 BC. The Forum incuded statues of heroes of the Ancient world.

All content from Kiddle encyclopedia articles (including the article images and facts) can be freely used under Attribution-ShareAlike license, unless stated otherwise. Cite this article:
Hall of fame Facts for Kids. Kiddle Encyclopedia.