Washington County is a county located in the U.S. state of Minnesota. As of the 2010 census, the population was 238,136, making it the fifth-most populous county in Minnesota. Its county seat is Stillwater. The county was established in 1849. 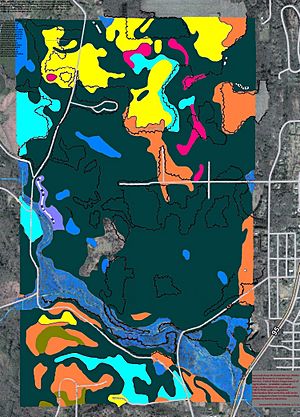 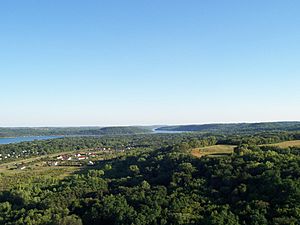 A view of the forested St. Croix River valley, looking south towards Afton

Washington County was one of the nine original counties created when the Minnesota Territory was organized in 1849. The county was officially established October 27, 1849, named after George Washington.

Early development in the area was on the St. Croix River, which now forms the boundary with Wisconsin on the county's eastern side. The river not only provided a means of transportation to move people upstream, but also move logs downstream. The area was heavily forested and the early economy was dependent on the logging and lumber industries.

The first settlement and seat was named Dacotah, and was located as early as 1838 in what is now northern Stillwater, where Brown's Creek flows into the St. Croix River. The creek's name is from the founder of this settlement, Joseph Renshaw Brown. However, a sawmill was built at Marine-on-St.-Croix in 1839, and another was built in the current location of downtown Stillwater in 1844. The success of these soon attracted the settlers from Dacotah, and Stillwater became the county seat in 1846.

During this early period, the region was part of the Wisconsin Territory, but Wisconsin became a state in 1848. Brown and other leaders called together settlers in this now-ungoverned territory to what has become known as the "Stillwater Convention" on August 26, 1848. Held in John McKusick’s store, the settlers drafted a Memorial to Congress that a new territory be created with the name “Minnesota,” and elected Henry Hastings Sibley to deliver this citizen’s petition to the U.S. Congress. Because of this convention, Stillwater calls itself the “Birthplace of Minnesota.”

After officially becoming a territory, growth continued, with the first Sheriff of Washington County appointed by Governor Alexander Ramsey in 1849, and the county's school district founded in 1850.

After the forests were depleted, the economy of Washington County became primarily agricultural. With the growth of neighboring Ramsey County and St. Paul, some of Washington County developed based on tourism and recreation, as with Mahtomedi and Landfall. Late in the 20th century, the population greatly increased with the suburban expansion of St. Paul. 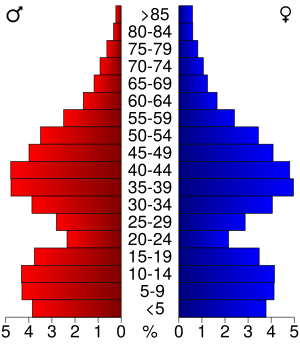 The ethnic makeup of the country, according to the 2010 U.S. Census, was the following: 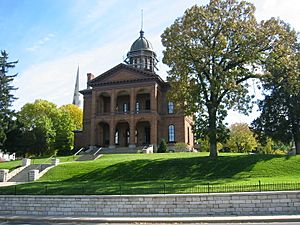 All content from Kiddle encyclopedia articles (including the article images and facts) can be freely used under Attribution-ShareAlike license, unless stated otherwise. Cite this article:
Washington County, Minnesota Facts for Kids. Kiddle Encyclopedia.