Ancient Near East facts for kids 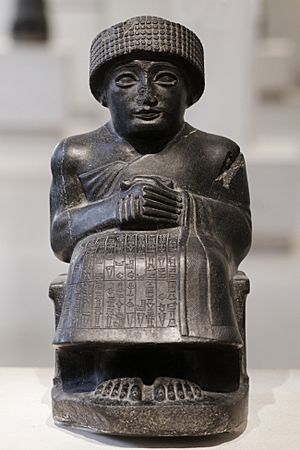 The Ancient Near East is considered one of the cradles of civilization. It was here that intensive year-round agriculture was first practiced, leading to the rise of the first dense urban settlements and the development of many familiar institutions of civilization, such as social stratification, centralized government and empires, organized religion and organized warfare.

It also saw the creation of the first writing system, the first alphabet (abjad), the first currency in history, and law codes, early advances that laid the foundations of astronomy and mathematics, and the invention of the wheel. 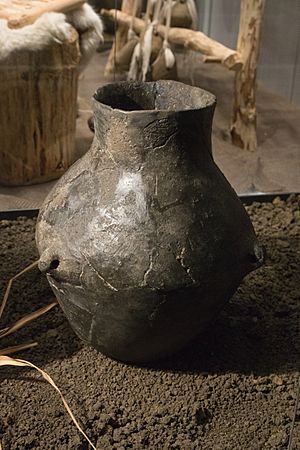 During the period, states became increasingly large, until the region became controlled by militaristic empires that had conquered a number of different cultures.

Ancient civilizations in the Near East were deeply influenced by their spiritual beliefs, which generally did not distinguish between heaven and Earth. They believed that divine action influenced all matters, and also believed in divination (ability to predict the future). Omens were often inscribed in ancient Egypt and Mesopotamia, as were records of major events.

The history of the ancient Near East begins with the rise of Sumer in the 4th millennium BC, though the date it ends varies. The term covers the Bronze Age and the Iron Age in the region, until either the conquest by the Achaemenid Empire in the 6th century BC, that by the Macedonian Empire in the 4th century BC, or the Muslim conquests in the 7th century AD.

The phrase "ancient Near East" indicates the 19th-century difference between Near East and Far East as global regions of interest to the British Empire. The distinction began during the Crimean War.

Ancient Near East periodization is the attempt to categorize or divide time into named blocks, or eras, of the Near East.

All content from Kiddle encyclopedia articles (including the article images and facts) can be freely used under Attribution-ShareAlike license, unless stated otherwise. Cite this article:
Ancient Near East Facts for Kids. Kiddle Encyclopedia.