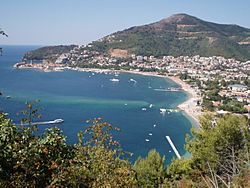 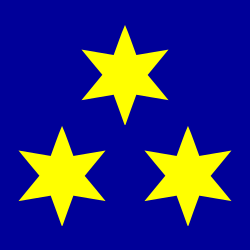 Budva (Serbian: Будва) is a Montenegrin town on the Adriatic Sea, former bishopric and present Latin Catholic titular see. The coastal area around Budva, called the Budva riviera. It is the center of Montenegrin tourism, known for its well-preserved medieval walled city, sandy beaches and diverse nightlife. Budva is 2,500 years old, which makes it one of the oldest settlements on the Adriatic coast. It has about 14,000 inhabitants.

All content from Kiddle encyclopedia articles (including the article images and facts) can be freely used under Attribution-ShareAlike license, unless stated otherwise. Cite this article:
Budva Facts for Kids. Kiddle Encyclopedia.