Kids Encyclopedia Facts
Not to be confused with Henry, Illinois or McHenry County, Illinois.

Henry County is a county located in the U.S. state of Illinois. According to the 2010 census, it has a population of 50,486. Its county seat is Cambridge.

Henry County was formed on January 13, 1825 out of Fulton County, Illinois. It is named in honor of Patrick Henry, Revolutionary War firebrand and champion of individual rights, to whom the slogan "give me liberty, or give me death" is attributed. The county was originally settled by "Yankees" (immigrants from New England and the western part of New York descended from the English Puritans whose ancestors settled New England in the colonial era). The New England settlers founded the five towns of Andover, Wethersfield, Geneseo, Morristown and La Grange. Before 1843, the land where Cambridge is currently located was the private property of a man named Rev. Ithamar Pillsbury, who was very well known amongst the Yankee settlers who were moving to Henry County in large numbers at that time. Reverend Pillsbury deeded a large portion of his land to the town council and they immediately agreed it was a good place to lay out a town. Lots were sold to incoming migrants and on June 9 of 1843 (after some quarreling among the town founders about how to finance it) construction began on the town. Roads were laid out, post routes established, public buildings erected and people were invited to move there. The original settlers were entirely of New England origins or were Yankees from upstate New York whose families had moved to that place from New England only one generation earlier, in the aftermath of the Revolutionary War. This resulted in Henry County being culturally very contiguous with early New England culture. 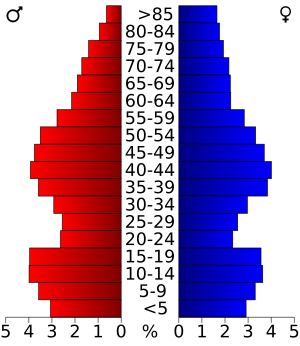 All content from Kiddle encyclopedia articles (including the article images and facts) can be freely used under Attribution-ShareAlike license, unless stated otherwise. Cite this article:
Henry County, Illinois Facts for Kids. Kiddle Encyclopedia.