Bureau County is a county located in the U.S. state of Illinois. As of the 2010 census, the population was 34,978. Its county seat is Princeton.

Bureau County is part of the Ottawa–Peru, IL Micropolitan Statistical Area, which is also included in the Chicago–Naperville, IL–IN–WI Combined Statistical Area. Hennepin Canal Parkway State Park is located partly in this county.

Bureau County was created out of Putnam County in 1837. It is named for either Michel or Pierre Bureau, French Canadian brothers who ran a trading post from 1776 until the 1780s near where Big Bureau Creek joins the Illinois River. Their actual surname most likely was Belleau, but the local American Indians had difficulty pronouncing the "l" sound, which was not found in some local languages.

An early settler of this area was Bulbona, a man of mixed French and Native American descent with a Native American wife. Unlike most of the other Native Americans in the area, Bulbona remained after the area was settled by Euro-Americans and ran a trading post where he sold whiskey.

The founders of Princeton, the oldest town in the county consisted entirely of settlers from New England. They were descendants of the English Puritans who settled New England in the 17th century. They were part of a wave of New England farmers who moved to the Northwest Territory in the early 19th century. Most of them came soon after of the completion of the Erie Canal. When they arrived in what is now Bureau County there was nothing but a virgin forest and wild prairie, the New Englanders laid out farms, constructed roads, erected government buildings and established post routes. They brought with them many of their Yankee New England values, such as a passion for education, establishing many schools as well as staunch support for abolitionism. They were mostly members of the Congregationalist Church though some were Episcopalian. Culturally Bureau County, like much of northern Illinois would be culturally very continuous with early New England culture, for most of its history.

Like so many other areas in the Midwest, this county was on a "line" of the Underground Railroad. There was a "station" at the home of Owen Lovejoy in Princeton, as well as several other locations throughout the county. 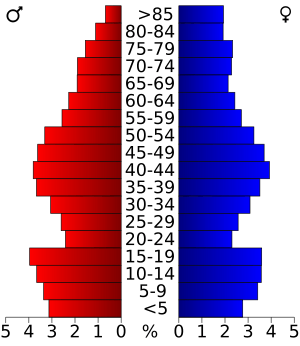 Bureau County is divided into these twenty-five townships:

All content from Kiddle encyclopedia articles (including the article images and facts) can be freely used under Attribution-ShareAlike license, unless stated otherwise. Cite this article:
Bureau County, Illinois Facts for Kids. Kiddle Encyclopedia.