Hingham is a town in metropolitan Greater Boston on the South Shore of the U.S. state of Massachusetts in northern Plymouth County. At the 2010 census, the population was 22,157. Hingham is known for its colonial history and location on Boston Harbor. The town was named after Hingham, Norfolk, England, and was first settled by English colonists in 1633.

The town of Hingham was dubbed "Bare Cove" by the first colonizing English in 1633, but two years later was incorporated as a town under the name "Hingham". The land on which Hingham was settled was deeded to the English by the Wampanoag sachem Wompatuck in 1655. The town was within Suffolk County from its founding in 1643 until 1803; and Plymouth County from 1803 to the present. The eastern part of the town split off to become Cohasset in 1770. The town was named for Hingham, a village in the English county of Norfolk, East Anglia, whence most of the first colonists came, including Abraham Lincoln's ancestor Samuel Lincoln (1622–90), his first American ancestor, who came to Massachusetts in 1637. A statue of President Lincoln adorns the area adjacent to downtown Hingham Square.

Hingham was born of religious dissent. Many of the original founders were forced to flee their native village in Norfolk with both their vicars, Rev. Peter Hobart and Rev. Robert Peck, when they fell foul of the strict doctrines of Anglican England. Peck was known for what the eminent Norfolk historian Rev. Francis Blomefield called his "violent schismatical spirit". Peck lowered the chancel railing of the church, in accord with Puritan sentiment that the Anglican church of the day was too removed from its parishioners. He also antagonized ecclesiastical authorities with other forbidden practices. 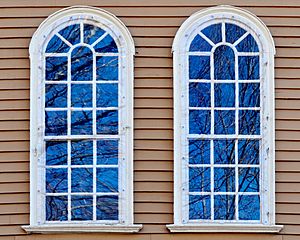 Hobart, born in Hingham, Norfolk, in 1604 and, like Peck, a graduate of Magdalene College, Cambridge, sought shelter from the prevailing discipline of the high church among his fellow Puritans. The cost to those who emigrated was steep. They "sold their possessions for half their value", noted a contemporary account, "and named the place of their settlement after their natal town". (The cost to the place they left behind was also high: Hingham was forced to petition Parliament for aid, claiming that the departure of its most well-to-do citizens had left it hamstrung.)

While most of the early Hingham settlers came from Hingham and other nearby villages in East Anglia, a few Hingham settlers like Anthony Eames came from the West Country of England. The early settlers of Dorchester, Massachusetts, for instance, had come under the guidance of Rev. John White of Dorchester in Dorset, and some of them (like Eames) later moved to Hingham. Accounts from Hingham's earliest years indicate some friction between the disparate groups, culminating in an 1645 episode involving the town's "trainband", when some Hingham settlers supported Eames, and others supported Bozoan Allen, a prominent early Hingham settler and Hobart ally who came from King's Lynn in Norfolk, East Anglia. Prominent East Anglian Puritans like the Hobarts and the Cushings, for instance, were used to holding sway in matters of governance. Eventually the controversy became so heated that John Winthrop and Thomas Dudley were drawn into the fray; minister Hobart threatened to excommunicate Eames. 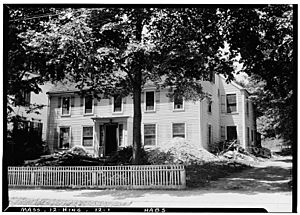 The bitter trainband controversy dragged on for several years, culminating in stiff fines. Eventually a weary Eames, who was in his mid-fifties when the controversy began and who had served Hingham as first militia captain, a selectman, and Deputy in the General Court, threw in the towel and moved to nearby Marshfield where he again served as Deputy and emerged as a leading citizen, despite his brush with the Hingham powers-that-be.

A deed signed by Col. Samuel Thaxter of Hingham,a property of Dr. Shiwei Jiang of Virginia

Although the town was incorporated in 1635, the colonists didn't get around to negotiating purchase from the Wampanoag, the Native American tribe in the region, until three decades later. On July 4, 1665, the tribe's chief sachem, Josiah Wompatuck, sold the township to Capt. Joshua Hobart (brother of Rev. Peter Hobart) and Ensign John Thaxter (father of Col. Samuel Thaxter), representatives of Hingham's colonial residents. Having occupied the land for 30 years, the Englishmen presumably felt entitled to a steep discount.

The sum promised Josiah Wompatuck for the land encompassing Hingham was to be paid by two Hingham landowners: Lieut. John Smith and Deacon John Leavitt, who had been granted 12 acres (49,000 m2) on Hingham's Turkey Hill earlier that year. Now the two men were instructed to deliver payment for their 12-acre (49,000 m2) grant to Josiah the chief Sachem. The grant to Smith and Leavitt—who together bought other large tracts from the Native Americans for themselves and their partners—was "on condition that they satisfy all the charge about the purchase of the town's land of Josiah—Indian sagamore, both the principal purchase and all the other charge that hath been about it". With that payment the matter was considered settled. 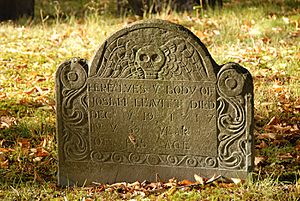 The third town clerk of Hingham was Daniel Cushing, who emigrated to Hingham from Hingham, Norfolk, with his father Matthew in 1638. Cushing's meticulous records of early Hingham enabled subsequent town historians to reconstruct much of early Hingham history as well as that of the early families. Cushing was rather unusual in that he included the town's gossip along with the more conventional formal record-keeping. 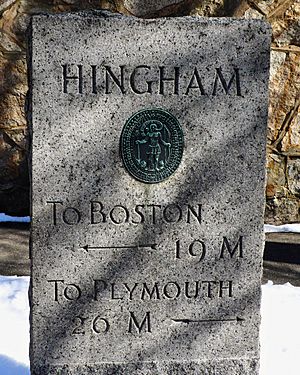 According to the United States Census Bureau, the town has a total area of 26.3 square miles (68.1 km2), of which 22.2 square miles (57.5 km2) is land and 4.1 square miles (10.6 km2), or 15.58%, is water. Hingham is bordered on the east by Cohasset, and Scituate, on the south by Norwell and Rockland, on the west by Weymouth, and on the north by Hingham Bay and Hull. Cohasset and Weymouth are in Norfolk County; the other towns, like Hingham itself, are in Plymouth County. Hingham is 14 miles (23 km) southeast of downtown Boston.

Hingham lies along the southwest corner of Boston Harbor, at the portion known as Hingham Bay. The bay leads to a harbor, which cuts a U-shaped indentation into the northern shore of the town. The town is separated from Hull by the Weir River and its tributary, which leads to the Straits Pond. The northern third of the town's border with Weymouth consists of the Weymouth Back River, which empties out into Hingham Bay. There are several other small ponds and brooks throughout town. The town also has several forests and parks, the largest of which, Wompatuck State Park, spreads into the neighboring towns of Cohasset, Scituate and Norwell. There are also several conservation areas throughout town; the portion of the Boston Harbor Islands National Recreation Area in Hingham includes Bumpkin Island, Button Island, Langlee Island, Ragged Island, Sarah Island and the World's End Reservation, which juts out into the bay. There is a marina along the mouth of the Weymouth Back River, and a public beach along the harbor. 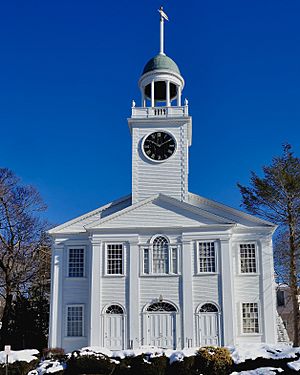 There were 7,189 households out of which 37.8% had children under the age of 18 living with them, 65.7% were married couples living together, 8.5% had a female householder with no husband present, and 23.8% were non-families. 21.0% of all households were made up of individuals and 10.1% had someone living alone who was 65 years of age or older. The average household size was 2.72 and the average family size was 3.19.

All content from Kiddle encyclopedia articles (including the article images and facts) can be freely used under Attribution-ShareAlike license, unless stated otherwise. Cite this article:
Hingham, Massachusetts Facts for Kids. Kiddle Encyclopedia.