Weymouth is a city in Norfolk County, Massachusetts, and one of 13 municipalities in the state to have city forms of government while retaining "town of" in their official names. It is named after Weymouth, Dorset, a coastal town in England, and is the second-oldest settlement in Massachusetts, second only to Plymouth. It is one of the South Shore's more affordable towns and offers a short commute into Boston, MBTA bus and rail service, and a town beach.

There were 22,028 households, out of which 27.3% had children under the age of 18 living with them, 48.6% were married couples living together, 10.3% had a female householder with no husband present, and 26.8% were non-families, 37% of which were non-family households with residents over 65 years of age. 30.6% of all households were made up of individuals, and 11.1% had someone living alone who was 65 years of age or older. The average household size was 2.42 and the average family size was 3.08.

Weymouth has the 10th highest Irish population in the United States, at 33%. As "white flight" occurred in inner-city Boston exacerbated by the start of the cross-district busing program, in the 1960s and 70s thousands of white (predominantly of Irish descent) Bostonians moved to middle/working class suburbs such as Weymouth and Quincy. The blue collar city culture (example: The Boston accent) of places like South Boston and Dorchester is prevalent in the neighborhoods of Weymouth. Weymouth has colloquially been referred to as "Suburban Southie" and "Southie on the South Shore" due to the high influx of South Boston residents and Irish Catholic culture in the town. This trend continues in a different way again today as some longtime South Boston residents are now being priced out due to gentrification. Many are moving out to the more affordable towns on the South Shore.

Weymouth contains the Weymouth Back River and the Weymouth Fore River; its surroundings, formerly industrial, are now set aside as parks and natural areas including Webb Memorial State Park. There are also a lot of streets named after people and trees.

Weymouth residents often designate which of four distinct 'districts' they live in.

The climate in this area is characterized by hot, humid summers and generally mild to cool winters. According to the Köppen Climate Classification system, Weymouth has a humid subtropical climate, abbreviated "Cfa" on climate maps.

Weymouth is served by several MBTA bus routes as well as three MBTA Commuter Rail stations: two on the Greenbush Line, at Weymouth Landing and near Jackson Square, and one on the Old Colony Line at South Weymouth. Numbered routes that pass through Weymouth include Massachusetts Routes 3, 3A, 18, 53, 58 and 139.

The site of Weymouth first saw European inhabitants in 1622 as Wessagusset Colony, a colony founded by Thomas Weston, who had been the main backer of the Plymouth settlement. The settlement was a failure. The sixty men taken from London were ill-prepared for the hardships required for survival. They also may have lacked the motivation of the Pilgrims as this colony was purely economic in motivation and the men had not brought their families.

By winter, poor planning and bad management led to supplies running out. With the Plymouth colonists having few supplies to share, the Weymouth men began to steal from the local Massachusetts nation. Foraging in cooperation with the Pilgrims and trading with Natives was insufficient, and some colonists began to steal from the natives. By now, many in the colony were ill and all forms of law and order had broken down. The lowest point came when a healthy settler was caught stealing supplies from the Massachusetts and the Massachusetts leaders demanded the thief's execution; the Weymouth men complied but either executed or failed to substitute for execution a dying, sick settler instead.

By April 1623, word of conflict between Native Americans and the Virginia colonists had reached the north and this increased the tension between the two groups. Massachusetts and other native groups began plotting to attack and destroy what was left of the floundering Wessagusset colony and possibly the more successful Plymouth Colony. Massasoit heard about it and sent word to Plymouth. Bradford, fearing that Plymouth would also be destroyed, sent Myles Standish to Weymouth with the Plymouth militia to end the threat. Under a banner of truce Standish lured five of the more bellicose Massachusetts Natives inside the stockade. There, after a brief struggle, the native leaders were killed. Ten of the original sixty had starved to death and two others had been killed in conflict with the Natives. Forty-five colonists joined Plymouth or went north to Maine, and from there most returned to England. The three who remained were subsequently killed by Native Americans.

Robert Gorges attempted to form a colony at the site later that year as the center of a more royalist and Anglican system of government for New England. He brought William Morrell as religious leader and expected Governor Bradford to acknowledge his supremacy and act as his agent Within weeks the New England winter caused Gorges to leave with most of the settlers. Those who remained formed the nucleus of the permanent settlement, the second oldest in New England, and the oldest in what would become Massachusetts Bay Colony. In 1630 it was officially incorporated into the Massachusetts Bay Colony and in 1635 with the addition of 100 families under the leadership of Joseph Hull the name was changed to Weymouth. While the integration of these groups did not commence without difficulty, especially due to conflicting pressures from the Puritans of Boston and the Pilgrims of Plymouth, Weymouth was a stable and prominent town with its current boundaries by 1635. Weymouth was included as part of Suffolk County when it was formed on 10 May 1643.

Weymouth was heavily involved in the shoemaking industry from the first years of the 18th century right through to 1973, when the Stetson Shoe Company closed its doors. The building is currently being used for medical offices.

The original town hall, which was destroyed by fire in 1914, was replaced in 1928 with a town hall that is a replica of the old Massachusetts State House in Boston. (Another replica of the building can be found at Curry College in Milton.) 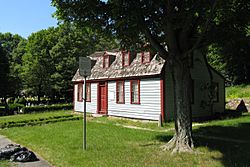 In 2008 Boston Magazine ranked Weymouth High School eighth among Boston-area high schools in academic performance and eighteenth in cost efficiency. In June 2021, Weymouth High School was placed into a state program for schools or districts that disproportionately suspend nonwhite students or students with disabilities.

There is one Weymouth Middle School in East Weymouth. There are two campuses and are down the street from each other. The campuses are called Chapman Campus and Adams Campus.

Abigail Adams Middle School has now been set for 5th and 6th grades and Maria Weston Chapman Middle School 7th and 8th grades in 2010. With Chapman going to be rebuilt within the next few years due to poor upkeep of the current school.

There are eight primary schools and one early childhood center, five of which are named after Weymouth's Congressional Medal of Honor recipients.

There is one Public Charter School which Weymouth is associated to

In addition, there are four private schools in Weymouth. 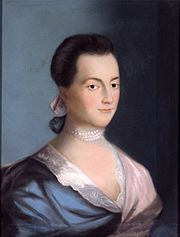 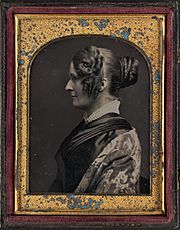 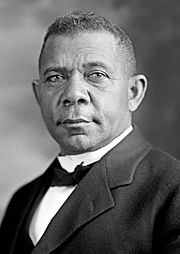 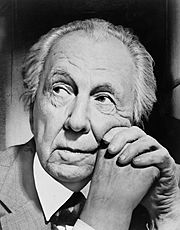 All content from Kiddle encyclopedia articles (including the article images and facts) can be freely used under Attribution-ShareAlike license, unless stated otherwise. Cite this article:
Weymouth, Massachusetts Facts for Kids. Kiddle Encyclopedia.