John Dewey (October 20, 1859 – June 1, 1952) was an American philosopher, psychologist, and educational reformer, whose thoughts and ideas have been greatly influential in the United States and around the world. He, along with Charles Sanders Peirce and William James, is recognized as one of the founders of the philosophical school of Pragmatism. He is also known as the father of functional psychology and was a leading representative of the progressive movement in U.S. schooling during the first half of the 20th century. 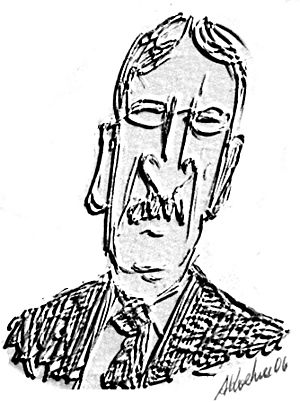 John Dewey believed in the "theory of inquiry", which shows how animals survived in their environment. He used the theory in the way he taught. He said that children learn best with real-life problems and hands-on activities. His most well-known essay was "The Reflex Arc Concept in Psychology" (1896) which created the stimulus that became the response, which later became known as social behaviorism. For example, a person focuses on something, decides what to do, then acts on the decision. The Center for Dewey Studies is the focal point for the study of Dewey's life and work, and is located at the campus of Southern Illinois University Carbondale.

All content from Kiddle encyclopedia articles (including the article images and facts) can be freely used under Attribution-ShareAlike license, unless stated otherwise. Cite this article:
John Dewey Facts for Kids. Kiddle Encyclopedia.