Kristen Jaymes Stewart (born April 9, 1990) is an American actress and director. She is the recipient of several accolades, including a César Award, which she was the first American actress to win. Her films have grossed over $4.3 billion worldwide, and she was the highest-paid actress in the world in 2010 and 2012.

Born and raised in Los Angeles to an American father and Australian mother, both of whom worked in show business, Stewart began her career as a child actress in 1999.

She gained notice in 2002 for playing the daughter of Jodie Foster's character in the thriller Panic Room, which earned her a Young Artist Award nomination for Best Leading Actress in a Feature Film.

Stewart went on to gain wide recognition for playing Bella Swan in The Twilight Saga film series (2008–2012), which collectively grossed over $3.3 billion worldwide. 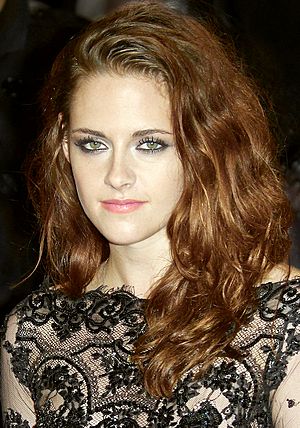 After starring in the fantasy film Snow White and the Huntsman (2012), Stewart avoided parts in big-budget films in favour of independent productions for the next few years. In 2015, she received good reviews for her role in Olivier Assayas's French film Clouds of Sils Maria, for which she won the César Award for Best Supporting Actress. Stewart reunited with Assayas the following year in the supernatural thriller Personal Shopper (2016) and made her directorial debut with the 2017 short film Come Swim.

In August 2018 it was announced that Stewart would star alongside Riley Keough in a Netflix TV series, which would also be produced by Charlize Theron.

In May 2019, it was announced Stewart is set to play Joan Vollmer, the most prominent female member of the Beat Generation. The untitled movie is an adaptation of William S. Burroughs' early works and letters.

Stewart is the brand ambassador of Chanel and Balenciaga fashion brands. 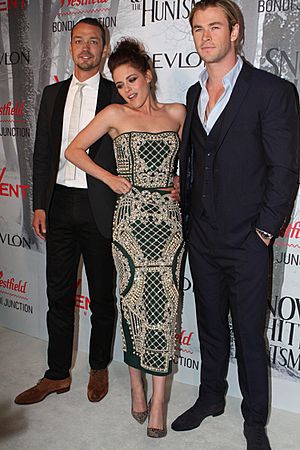 Stewart was born in Los Angeles, California. Both of her parents work in the entertainment industry. Her American father, John Stewart, is a stage manager and television producer, her Australian mother, Jules Mann-Stewart, is originally from Maroochydore, Queensland, she is a script supervisor and has also directed.

Stewart has an older brother and two adopted brothers. Stewart attended local schools until the seventh grade. As she became more involved in acting, she continued her education by distance until completing high school. 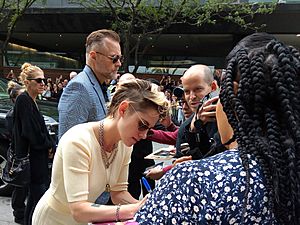 In summer 2009, she started dating Twilight co-star Robert Pattinson, but they eventually split in May 2013.

In fall 2016, she briefly dated musician Annie Clark, known professionally as St. Vincent. From late 2016, she was in a relationship with New Zealand model Stella Maxwell until their breakup in fall 2018. She dated stylist Sara Dinkin from December 2018 until May 2019. She resumed dating Maxwell in May 2019.

She signed her Breaking Dawn Part 2 dress and gave it to a CharityBuzz auction benefiting the Robin Hood Foundation's Sandy Relief Fund, which provides long-term support to those affected by Hurricane Sandy.

All content from Kiddle encyclopedia articles (including the article images and facts) can be freely used under Attribution-ShareAlike license, unless stated otherwise. Cite this article:
Kristen Stewart Facts for Kids. Kiddle Encyclopedia.