Hurwicz invented the economic sciences of incentive compatibility and mechanism design. International economy and trade is studied using the ideas Professor Hurwicz had.

Hurwicz worked as Regents Professor of Economics (head teacher of economics) at the University of Minnesota. Professor Hurwicz believed that game theory is very important. Hurwicz shared the 2007 Nobel Memorial Prize in Economic Sciences with Eric Maskin and Roger Myerson for their work on ways mechanism design.

Professor Hurwicz was born in Moscow, Russia to a Jewish family a few months before the October Revolution. His family is Polish and had lived in Congress Kingdom (the part of Poland then in the Russian Empire) but they moved to Russia to escape World War I. Soon after Professor Hurwicz was born, the family returned to Warsaw, in Poland. Hurwicz and his family were treated very badly by the Bolsheviks and Nazis because they were Jewish. He became a refugee again when Hitler invaded Poland in 1939. His parents and brother ran away to Russia where they were arrested by the Soviets and sent to labor camps. Hurwicz was forced to move to Switzerland, then to Portugal and finally in 1940 he moved to the United States. His family joined him there after some time.

Hurwicz hired Evelyn Jensen to help him teach during the 1940s. She grew up on a Wisconsin farm and was studying economics at the University of Chicago. Leonid and Evelyn got married in 1944 and later, lived on the Mississippi River parkway in Minneapolis, Minnesota. They have four children called Sarah, Michael, Ruth and Maxim.

He has interests in linguistics, archaeology, biochemistry and music. He has researched for meteorology and is a member of the National Science Foundation department for trying to control the weather. When Eugene McCarthy ran for president of the United States (1968), Hurwicz was a Minnesota delegate to the Democratic Party Convention and a member of the Democratic Party Platform Committee.

Hurwicz died of renal failure in Minneapolis, Minnesota at the age of 90.

Professor Hurwiczs father wanted him to study law and he did. In 1938 Hurwicz got a degree from Warsaw University. He enjoyed studying in economics class and went to the London School of Economics with Nicholas Kaldor and Friedrich Hayek. In 1939 he moved to Geneva where he studied at the Graduate Institute of International Studies and studied Ludwig von Mises teaching. After moving to the United States he studied more economics at Harvard University and the University of Chicago. Professor Hurwicz does not have a degree in economics but he won the Nobel prize for economics in 2007. He said, "Whatever economics I learned, I learned by listening and learning." 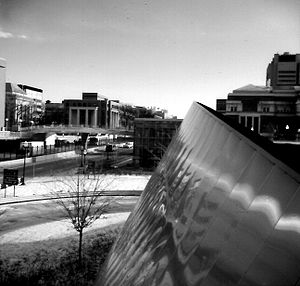 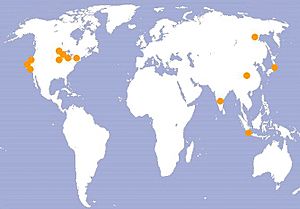 Hurwicz traveled the United States and Asia to teach and do research. 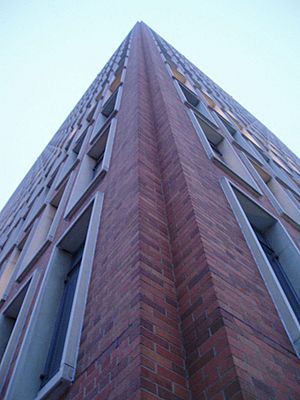 In the University of Minnesota in 1961, Hurwicz became chairman of the Statistics Department, Regents Professor of Economics in 1969, and Curtis L. Carlson Regents Professor of Economics in 1989. He taught subjects ranging from theory to welfare economics, public economics, rules for large companies and mathematical economics. Although he retired from full-time teaching in 1988, Hurwicz taught graduate school as Professor Emeritus in the autumn of 2006. In 2007 his ongoing research was described by the University of Minnesota as "comparison and analysis of systems and techniques of economic organization, welfare economics, game-theoretic implementation of social choice goals, and modeling economic institutions." Professor Hurwiczs published works in these fields date back to 1944. Professor Hurwicz is known internationally for his good work researching economic theory, specially with rules for big businesses and governments using mathematical economics. In the 1950s, he worked with Kenneth Arrow on non-linear programming. Kenneth Arrow became the youngest person to receive the Nobel Economics prize in 1972. Hurwicz helped Daniel McFadden, who won a Nobel prize in 2000.

Hurwiczs work was important to help show how large economic systems should be studied. Some of these systems are capitalism and socialism. Professor Hurwiczs ideas of how to share wealth are also very important. The theory of incentive compatibility that Hurwicz developed changed the way many economists think about sharing in the future, explaining why centrally planned economies may fail and how rewards for certain people make a difference when making decisions.

Hurwicz is part of teams who edit several journals. He co-edited and contributed to two collections for Cambridge University Press: Studies in Resource Allocation Processes (1978, with Kenneth Arrow) and Social Goals and Social Organization (1987, with David Schmeidler and Hugo Sonnenschein). His recent journals include "Economic Theory" (2003, with Thomas Marschak), "Review of Economic Design" (2001, with Stanley Reiter) and "Advances in Mathematical Economics" (2003, with Marcel K. Richter). Hurwicz has taught works by Fisher-Schultz (1963), Richard T. Ely (1972), David Kinley (1989) and Colin Clark (1997).

Hurwicz was voted to be a fellow of the Econometric Society in 1947 and in 1969 was the Econometric Societys president. Hurwicz was made part of the American Academy of Arts and Sciences in 1965. In 1974 he was made a part of the National Academy of Sciences and in 1977 was made a Distinguished Fellow of the American Economic Association. Hurwicz was given a National Medal of Science in 1990 by President of the United States George H. W. Bush, for studying Behaviorial and Social Science, given to him for his new work on the theories of how to share wealth in modern decentralization.

He served on the United Nations Economic Commission in 1948 and the United States National Research Council in 1954. In 1964 he was a member of the National Science Foundation Commission on Weather Modification. He is a member of the American Academy of Independent Scholars (1979) and a Distinguished Scholar of the California Institute of Technology (1984).

Some important things have been given Professor Hurwicz's name such as the Hurwicz criterion, an idea that Professor Hurwicz had in 1950, and is thought of as very important for economics. The Hurwicz Criterion is also called "under uncertainty". Hurwicz had the idea of putting Abraham Walds work together with work done by Pierre-Simon Laplace in 1812. The Hurwicz Criterion tells people to think very carefully of what is good and what is bad before making decisions. Different types of the Hurwicz Criterion have been thought of. Leonard Jimmie Savage made some changes to the first Hurwiczs criterion in 1954. The four peoples work – Laplace, Wald, Hurwicz and Savage – that the Hurwicz Criterion has been based on was studied, corrected and used for over fifty years by many different people including John Milnor, G. L. S. Shackle, Daniel Ellsberg, R. Duncan Luce and Howard Raiffa, but some people say the work was started by Jacob Bernoulli.

The Leonid Hurwicz Distinguished Lecture is given to the Minnesota Economic Association. John Ledyard (2007), Robert Lucas, Roger Myerson, Edward C. Prescott, James Quirk, Nancy Stokey and Neil Wallace are some of the people who have given the lecture since it was thought to be important in 1992.

In October 2007, Hurwicz shared The Sveriges Riksbank Prize in Economic Sciences in Memory of Alfred Nobel with Eric Maskin of the Institute for Advanced Study and Roger Myerson of the University of Chicago "for having laid the foundations of mechanism design theory." During a telephone interview, a member of the Nobel Foundation told Hurwicz and his wife that Hurwicz is the oldest person ever to win the Nobel Prize. Hurwicz said, "I hope that others who deserve it also got it." When he was asked what the most important part of mechanism design is, he said welfare economics. The three Nobel prize winners used game theory work by mathematician John Forbes Nash, to discover the best way to reach a good outcome, without forgetting individual people. Mechanism design has been used as a guide for talks and taxation, voting and elections, to design auctions such as those for communications bandwidth, elections and labor talks and for pricing business stocks.

Professor Hurwicz was not able to attend the Nobel Prize ceremony in Stockholm because of his age, Hurwicz received the prize in Minneapolis. Accompanied by Evelyn, his wife for sixty years, and his family, he was the most important guest at a meeting in the University of Minnesota with the university president Robert Bruininks. After watching the Nobel Prize awards ceremony on television, Jonas Hafstrom, the Swedish ambassador to the United States, awarded the Economics Prize to Professor Hurwicz.

All content from Kiddle encyclopedia articles (including the article images and facts) can be freely used under Attribution-ShareAlike license, unless stated otherwise. Cite this article:
Leonid Hurwicz Facts for Kids. Kiddle Encyclopedia.