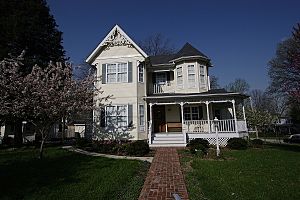 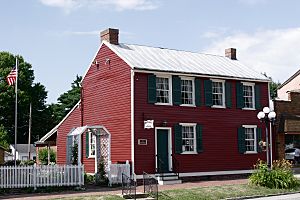 St. Clair County is the oldest county in Illinois; its western border is formed by the Mississippi River, bordering Missouri. It is a part of the Metro East in southern Illinois. According to the 2020 United States Census, it had a population of 257,400, making it the eighth-most populous county in Illinois and the most populous in the southern portion of the state. Its county seat is Belleville. The county was founded in 1790 by the government of the Northwest Territory, from the western half of Knox County, before the establishment of Illinois as a state as the base for the Illinois Territory. Cahokia Village in the county was founded in 1697 and was a French settlement and former Jesuit mission.

St. Clair County is part of the American Bottom or Metro-East area of the St. Louis, MO-IL Metropolitan Statistical Area.

St. Clair County is home to 11 St. Louis MetroLink stations on the Red and Blue Lines.

All content from Kiddle encyclopedia articles (including the article images and facts) can be freely used under Attribution-ShareAlike license, unless stated otherwise. Cite this article:
St. Clair County, Illinois Facts for Kids. Kiddle Encyclopedia.