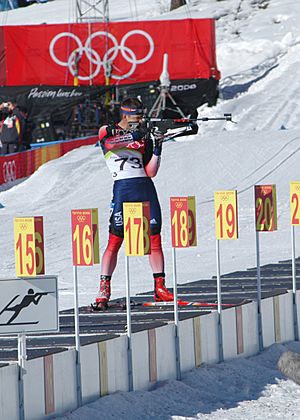 Jeremy Teela in the biathlon

The President of Italy, Carlo Azeglio Ciampi, opened the ceremony. Stefania Belmondo was the torch-bearer.

1,548 men and 960 women were in the Olympics. There were 84 events. The official motto of the XX Olympic Winter Games was "Passion lives here".

Medals won by each nation 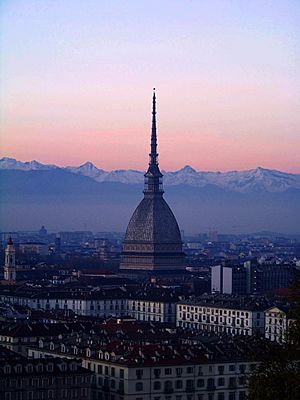 Olympic events were mainly held in Turin. Other events such as skiing and snowboarding had to be held in mountain areas.

Many venues were located in the Olympic District in central Turin, including:

All content from Kiddle encyclopedia articles (including the article images and facts) can be freely used under Attribution-ShareAlike license, unless stated otherwise. Cite this article:
2006 Winter Olympics Facts for Kids. Kiddle Encyclopedia.