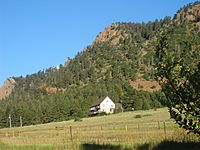 An isolated rural house next to a mountain in northern El Paso County. 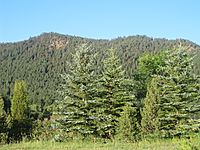 El Paso County is one of the 64 counties of the U.S. state of Colorado. The 2014 Census] recorded a population of 663,519 for El Paso County. The Census Bureau's 2014 estimate indicates it is the second most populous county in Colorado, after the City and County of Denver. The county seat is Colorado Springs, the second most populous city in Colorado.

In July 1858, gold was discovered along the South Platte River in Arapahoe County, Kansas Territory. This discovery precipitated the Pike's Peak Gold Rush. Many residents of the mining region felt disconnected from the remote territorial governments of Kansas and Nebraska, so they voted to form their own Territory of Jefferson on October 24, 1859. The following month, the Jefferson Territorial Legislature organized 12 counties for the new territory including El Paso County. El Paso County was named for the Spanish language name for Ute Pass north of Pikes Peak. Colorado City served as the county seat of El Paso County.

The Jefferson Territory never received federal sanction, but on February 28, 1861, U.S. President James Buchanan signed an act organizing the Territory of Colorado. El Paso County was one of the original 17 counties created by the Colorado legislature on November 1, 1861. Part of its western territory was broken off to create Teller County in 1899. Originally based in Old Colorado City (now part of Colorado Springs, not today's Colorado City between Pueblo and Walsenburg), El Paso County's county seat was moved to Colorado Springs in 1873. 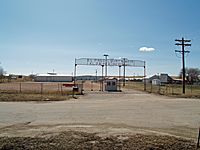 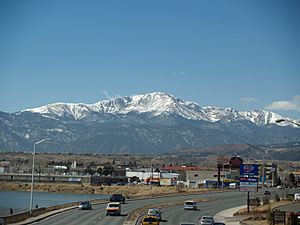 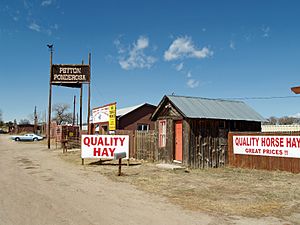 Colorado Springs is home to both Army and Air Force bases. These military installations border the city, to the north, south and east, aside from Schriever Air Force Base, which is located farther east of the city, still in El Paso County.

Fort Carson, “The Mountain Post”, is located just south of Colorado Springs at the base of the Rocky Mountains. It was established in 1942, following Japan’s attack on Pearl Harbor. The city of Colorado Springs purchased land south of the city and donated it to the War Department. Construction began immediately and the first building, the camp headquarters, was completed Jan. 31, 1942. Camp Carson was named in honor of the legendary Army scout, Gen. Christopher “Kit” Carson, who explored much of the West in the 1800s. Camp Carson became Fort Carson in 1954. An additional training area was purchased in September 1983 and is called Piñon Canyon Maneuver Site (PCMS).

Currently, Fort Carson is the home of 4th Infantry Division and several other units, including 10th Special Forces Group (Airborne), the Colorado National Guard Regional Training Institute and PCMS, which is a maneuver training site for Fort Carson located near Trinidad, Colorado. The installation totals approximately 137,000 acres and PCMS is approximately 236,000 acres. Fort Carson has approximately 3,000 family housing units and 66 Soldier barracks with 8,132 rooms. Services on the installation include four elementary schools, one middle school, commissary, an Exchange, and Evans Army Community Hospital as well as Army Community Service facilities to include child development centers and youth centers and Family Morale, Welfare and Recreation facilities to include a bowling alley, golf course and numerous parks. 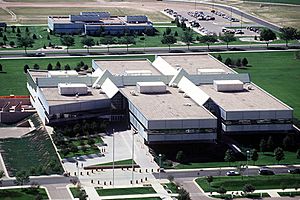 Peterson is also headquarters for the United States Northern Command (USNORTHCOM), one of the Unified Combatant Commands. USNORTHCOM directs all branches of the U.S. military operations in their area of responsibility which includes the continental United States, Alaska, Canada, and Mexico. In the event of national emergencies the President or Secretary of Defense can call upon USNORTHCOM for any required military assistance. Service members from every branch of the US Military are stationed at the command.

Schriever Air Force Base is home to the 50th Space Wing, responsible for the operation and support of 175 Department of Defense satellites and installation support to 16 major tenant units with a workforce of more than 7,700 personnel. It is the location of the Global Positioning System (GPS) master control station and GPS Operations Center and the US Naval Observatory Alternate Master Clock, used to synchronize GPS satellite time. Schriever is also developing parts of national missile defense and runs parts of the annual wargames used by the nation's military. The base indirectly contributes an estimated $1 billion to the local Colorado Springs, CO area annually. 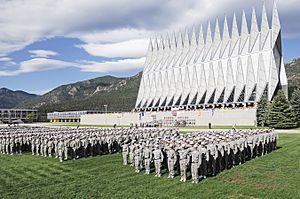 Cadets in front of the Academy Chapel

Bordering the north-western side of the city are the vast grounds of the United States Air Force Academy, where cadets train to become officers in the Air Force. The campus is famous for its unique chapel and draws visitors year round. Most of the Air Force Academy's sports programs participate in the Mountain West Conference.

The North American Aerospace Defense Command (NORAD), a component of America's missile defense system, is located in Cheyenne Mountain Air Station. When it was built at the height of the Cold War, NORAD caused some anxiety for the residents in and around Colorado Springs, who believed the installation would be a primary target during a nuclear attack. Although NORAD still operates today, it is primarily tasked with the tracking of ICBMs, and the military has recently decided to place Cheyenne Mountain's NORAD/NORTHCOM operations on warm standby and move operations to nearby Peterson Air Force Base.

All content from Kiddle encyclopedia articles (including the article images and facts) can be freely used under Attribution-ShareAlike license, unless stated otherwise. Cite this article:
El Paso County, Colorado Facts for Kids. Kiddle Encyclopedia.