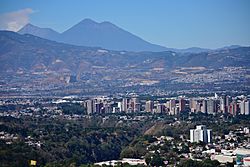 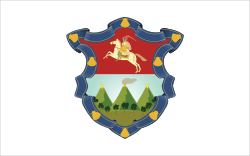 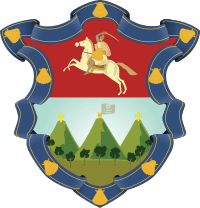 Guatemala City is the capital of Guatemala. It is the largest city in Central America. It has a population of 942,348 in the city itself and 2,945,080 including all the suburbs. It was founded in the year 1773 after strong earthquakes damaged the old capital, Antigua Guatemala.

All content from Kiddle encyclopedia articles (including the article images and facts) can be freely used under Attribution-ShareAlike license, unless stated otherwise. Cite this article:
Guatemala City Facts for Kids. Kiddle Encyclopedia.