This is a list of rivers in India. Rivers that flow into the sea are sorted geographically, along the coast starting from the Bay of Bengal in the east, moving along the Indian coast southward to Kanyakumari, then northward along the Arabian Sea. Tributary rivers are listed in upstream order: the lower in the list, the more upstream.

Rivers flowing into Bay of Bengal

The Meghna-Surma-Barak River System is located in India and Bangladesh. 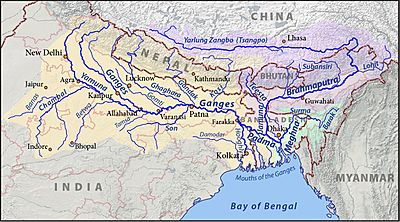 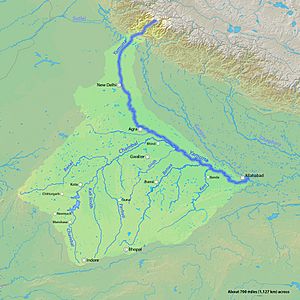 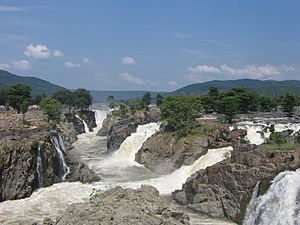 Hogenakkal Falls, on the Kaveri River.

The rivers flowing through three coastal districts of Kerala to join Arabian sea. 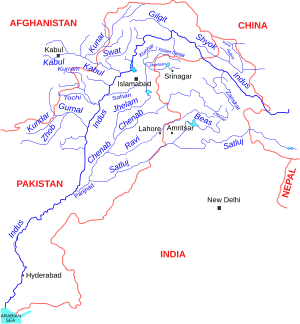 Map of the main rivers of the Indus Basin.

All content from Kiddle encyclopedia articles (including the article images and facts) can be freely used under Attribution-ShareAlike license, unless stated otherwise. Cite this article:
List of rivers of India Facts for Kids. Kiddle Encyclopedia.