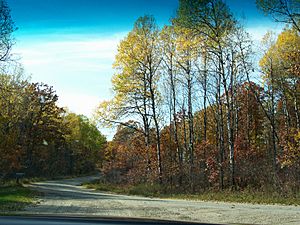 Marinette County is a county located in the U.S. state of Wisconsin. As of the 2010 census, the population was 41,749. Its county seat is Marinette, which now includes the former independent village of Menekaunee as a neighborhood. 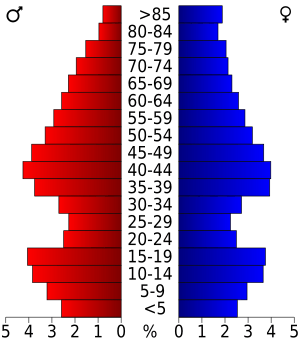 Tourism is important to many of the communities in Marinette County. The county's two main rivers, the Peshtigo and Menominee, and many lakes, streams, and forests make the area an outdoor destination.

Snowmobiling is popular in the winter, and there is a large network of trails to accommodate the sport.

Dave's Falls are located in Marinette County, near Amberg. 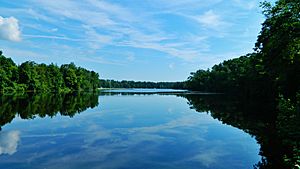 The Peshtigo River as seen from the town of Stephenson 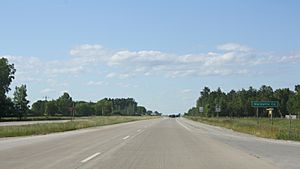 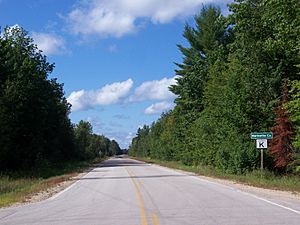 All content from Kiddle encyclopedia articles (including the article images and facts) can be freely used under Attribution-ShareAlike license, unless stated otherwise. Cite this article:
Marinette County, Wisconsin Facts for Kids. Kiddle Encyclopedia.