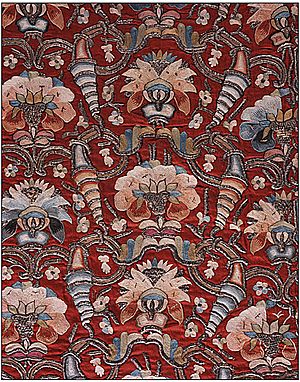 The Ottoman Dynasty (or the Imperial House of Osman) ruled the Ottoman Empire from 1299 to 1922. The dynasty began with Osman I, but it was not recognized until 1383 when Murad I declared himself sultan. The dynasty might have been known as Söğüt before 1383, but it was later renamed Osmanlı (Ottoman in English) in honor of Osman I.

The sultan was the sole ruler of the empire. The power was often shifted to other officials, such as the Grand Vizier.

Heads of the House of Osman

Pre-Imperial Heads of the House of Osman

Post-Imperial Heads of the House of Osman (1922-Present)

Expelled from the Imperial House

Excluded from the line of sucssession

All content from Kiddle encyclopedia articles (including the article images and facts) can be freely used under Attribution-ShareAlike license, unless stated otherwise. Cite this article:
Ottoman dynasty Facts for Kids. Kiddle Encyclopedia.