Ripon Parks is a Site of Special Scientific Interest, or SSSI, situated north of Ripon, to the west of the River Ure and to the east of the village of North Stainley, in North Yorkshire, England. It was once part of the land held since the Middle Ages as a deer park by the archbishops of York (including Cardinal Wolsey) and the canons of Ripon. The site was designated as an SSSI in 1983, because its varied habitats are valued for their breeding birds, amphibians and varied flora. The woods here are "of note" for the parasitic flowers of common toothwort and yellow star-of-Bethlehem. A small part of the site is accessible via public footpaths; there are no public facilities or dedicated car parks. The site incorporates the High Batts Nature Reserve, which is privately run for training, recording and educational purposes, and accessible to members only, except for its annual open day. Ripon Parks is now owned by the Ministry of Defence, and parts of the site are used as military training areas.

Ripon Parks forms part of a tranche of land owned by the Church since the 7th century, when the King of Northumbria - possibly Aldfrith - gave it the Liberty of St Wilfred. Archbishop John Kemp of York claimed the fishing rights and the warren on this land in 1439; there had already been complaints of poaching there. From 1320 the park was managed by wakemen of Ripon. Mary, Queen of Scots travelled from Bolton Castle to Sheffield Castle via this park in 1569. 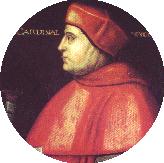 From the Reformation, the Church maintained its hold on the land via the archbishop of York, and subsequently the canons of Ripon. In 1516 Miles Staveley and his son John became keepers of the park, which was at that time a "reserved hunting park" for Cardinal Wolsey, who had by then acquired the archbishopric of York, and the bishoprics of Winchester and Durham. When hunting, the archbishops originally used Horseman's Lodge, and later a summer palace, which still exists as a school at Ripon, in a deer park called New Park. The Staveley family remained keepers of the Park until 1647, when it was enclosed and had previously ceased to be a hunting park. Much of the land is still in the possession of the Church Commissioners, who inherited it from the Canons of Ripon. 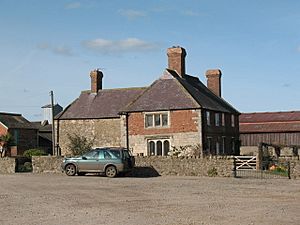 Before enclosure, there were three hunting lodges: Chief Lodge in the south, Horseman's Lodge in the middle, and North Lodge. Enclosure divided the park into three farms, and the lodges became farmhouses. The Horseman's Lodge, next to the old fish ponds, was renamed Middle Parks, and it retains a Tudor wing. North Parks farmhouse has been cement rendered, and South Parks Farmhouse was demolished in the 1970s. In 1647 a survey recorded nearly a thousand "decayed oak trees," plus maple, hazel, hawthorn and ash, although by then the deer were all gone. Ripon Park was possibly once fenced in with a palisade or perhaps a hedge on an earthen bank. The Lord Mayor of London owned Ripon Parks between 1649 and 1660, then it reverted to the Church, which retained it until 1926. The southern section of Ripon Parks passed through several ownerships, and part of South Parks still belongs to Ripon City Golf Club.

Along with Laver Banks and Ellington Banks, Ripon Parks is owned by the Ministry of Defence, and these sites are known as HG Ripon Training area, commanded from Deverell Barracks. It is used for "low level infantry dry training," plus training in use of earth-moving equipment and cross-country vehicles, and in building bridges. "The habitat in all DTE North (East) training areas is carefully managed with the best interests of the flora and fauna given full consideration."

Ripon Parks is a 137.0013 hectares (1.370 km2; 0.5290 sq mi) biological Site of Special Scientific Interest (SSSI). It follows a line along the River Ure, from just north of Ripon, North Yorkshire, to a point just east of North Stainley. Its habitats are all river-related, and include calcareous grassland, pasture, ponds, marsh, scrub woodland, riverbanks and streams, besides the river itself.

The site was notified on 1 February 1983. All the habitats are noted for their varied flora, but all have their specialities. The "relatively undisturbed reach of river ... is important for breeding birds." The wetlands are "important for amphibians." This is a Magnesian Limestone area, with overlying calcareous grassland and its typical species. The woodlands are "of note" for toothwort and yellow star-of-Bethlehem. A small part of the site is accessible via public footpaths, but there are no public facilities.

High Batts Nature Reserve is a privately run study resource, and part of Ripon Parks SSSI. It is sited at the north end of Ripon Parks, between the River Ure on the east side, and Hanson's sand and gravel quarry on the west side. It has an annual Open Day, and is accessible to subscribing members, and to visitors by appointment. It includes various habitats, including meadow, coppice, bracken, clearings and an orchid area, plus a stream, pond and bird hides. Training of members in bird ringing, moth trapping and other wildlife recording is carried out.

Note: Unless otherwise stated, images of flora and fauna in this article are for identification only, and the photographs were not taken at this site.

On calcareous grassland over Magnesian Limestone are felwort and yellow-wort, alongside the more common cowslip, wild thyme and salad burnet.

The more unusual plants on the mixed woodland floor are yellow star-of-Bethlehem. and parasitic toothwort colonies. The more frequent herbaceous plants here are sanicle, bluebell and primrose. In the woodland understorey are spindle and hazel. The canopy is mostly made up of field maple, sycamore, elm and ash.

Along the riverside, birds found here include kingfisher, oystercatcher and waders. In December 2017, members of Harrogate and District Naturalists' Society (HDNS) recorded yellowhammer, bullfinch, tree sparrow, goldfinch, redpoll, siskin, curlew, buzzard, peregrine falcon, mallard, pintail, goldeneye, goosander, wigeon, teal, tufted duck and a large murmuration of starling. Over 10,000 redwing passed through the site in the days following 17 October 2016, and in October and November of that year 1,417 redwing were ringed there.

In the wetlands the great crested newt and smooth newt are present. Among the wetlands invertebrates are the bug (Acompus rufipes), the saw-fly (Rhadinocera micans) and the local weevil, (Limnobaris pilistriata).

All the habitats on this site should be protected from potential pollution by pesticide and fertiliser, including that used on adjacent land. Public access and recreation should be controlled or managed on this site.

The general principle of management of the river is to protect the wildlife habitat, which consists of the water channel, the riverbank and the vegetation upon it.

The channel's form, including natural obstructions such as waterfalls, should be maintained, and artificial modifications should be restored to the natural form where appropriate, to allow fish breeding and movement of wildlife. Channel vegetation should not be cut by more than 50%, to allow seed-setting and wildlife breeding. Exposed river sediment, collapsing banks and timber debris should be left undisturbed, as habitat for invertebrates and other biota. There should be control of invasive species such as Japanese knotweed, Himalayan balsam, signal crayfish and mink. There should be prevention of water pollution where possible, for example, chemicals including phosphorus, and organic pollution, from local and upstream housing, agriculture and industry. Organic pollution should be treated before it enters the river. To prevent soil affecting river ecology, a strip of two metres should be left unploughed along the riverbank.

Temporary ponds, and ponds without fish, should be maintained as they are, because they support amphibians and certain aquatic plants. Where there is a range of different types of ponds, these should be maintained as such to ensure biodiversity. When a pond becomes silted up, or choked with vegetation, it should be cleared or deepened in small sections to allow recovery at all times. Ponds should be protected from spillages, pollution and entry of nutrients and silt, which would limit diversity of species, or even cause loss of most pondlife. Introduction of coarse fish and the removal of aquatic plants should be avoided, because they disturb the natural ecology. Changes to local land use, especially where water abstraction is involved, should be monitored.

Marshy grassland should be mowed annually, to prevent a prevalence of tall rushes and grasses with dead vegetation below, because this would limit growth of more delicate plants. Annual light grazing by cattle, ponies or hill sheep, between late spring and early autumn, is recommended - although this should not be allowed to disturb marsh fritillary butterflies or nesting birds. A hedge and some scrub is beneficial in an around the marsh. Existing ditches and drains should be maintained in their traditional shape and condition.

Calcareous grassland is at risk of overgrowth by scrub and rank grass, which inhibits specialised vegetation. Light annual grazing and trampling by livestock is recommended, to promote a variety of vegetation, without overgrazing. A small amount of scrub can be permitted for nesting birds and other biota.

Scrub in the UK is defined as small trees, such as juniper, rowan and hawthorn, and bushes. Scrub, and the transitional area between it and adjacent grassland, supports a diversity of species. It should be maintained such that it comprises various heights and densities of growth, with some areas cut to produce patches of grassland. Light grazing may help to manage these requirements. Fencing may be needed in some places to prevent overgrazing or to allow spread of scrub.

The best way to manage woodland carr which includes ash, willow and alder is to leave it alone. Old trees will then fall and create glades, although the environment must be made safe where there is public access. If the woodland appears to be encroaching on grassland and taking its sunlight, coppicing may solve the problem.

In this site it is necessary to protect the habitat of the great crested newt. They need land for feeding and hiding, and water for breeding. Breeding ponds should be unshaded, not too deep, and near other breeding ponds and suitable land. Shallow slopes will allow warming sunlight, and deeper areas will provide safe shelter. Trees, therefore, should be on the north side only, to avoid excess shadow. Newts need aquatic plant cover, but no predatory fish. Late autumn and early winter are the best times for maintenance work to be done here. For foraging, newts need grassland, scrub and woodland close to the pond. They can hibernate in tree roots, under ancient hedges, in rubble, woodpiles and drystone walls. They can travel via ditches and hedges, from pond to pond, if there are no barriers.

All content from Kiddle encyclopedia articles (including the article images and facts) can be freely used under Attribution-ShareAlike license, unless stated otherwise. Cite this article:
Ripon Parks Facts for Kids. Kiddle Encyclopedia.