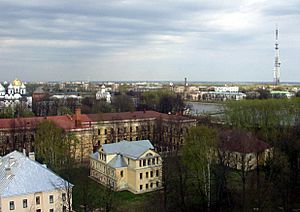 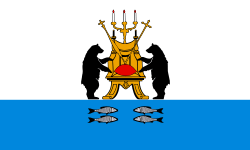 Velikiy Novgorod (Russian: Вели́кий Но́вгород) is a city in the European part of Russia. It is about 200km from St. Petersburg. In 2007 about 2170,000 people lived there. "Novgorod" is the Russian word for "new city" and "Velikiy" means "the Great". The city is actually one of the most historic in Russia. Its past can be traced to the 9th century. Yaroslav the Wise ruled there in the 11th century. It was the only Russian province that was not captured by the Golden Horde.

All content from Kiddle encyclopedia articles (including the article images and facts) can be freely used under Attribution-ShareAlike license, unless stated otherwise. Cite this article:
Velikiy Novgorod Facts for Kids. Kiddle Encyclopedia.