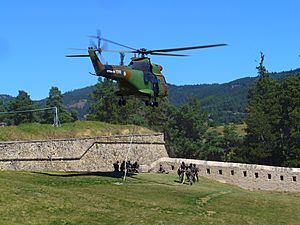 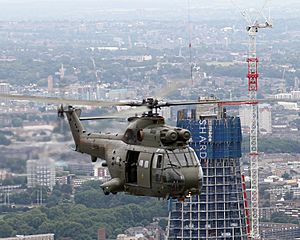 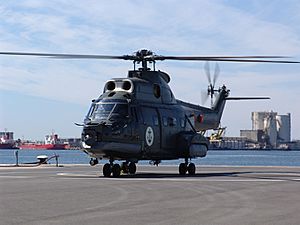 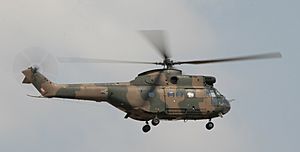 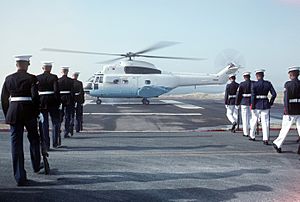 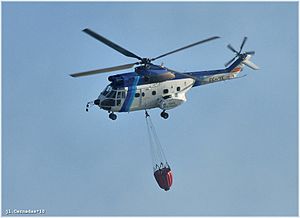 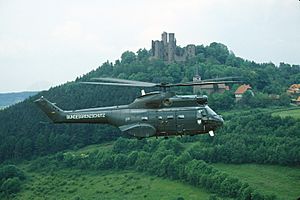 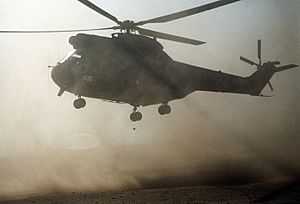 The Aérospatiale SA-330 Puma is a transport helicopter designed and built in France. The design was first built by Sud Aviation, and later by Aérospatiale. It was also built by Westland Helicopter in the United Kingdom after an agreement between the two countries It first flew in April 1965. It is mainly used by Armée de l'Air, Royal Air Force, and some other air forces. It is also used by civilians.

The passenger cabin allows the reception of sixteen to twenty armed soldiers in military version, and fourteen to sixteen passengers in civil version. The two-seater cockpit of the helicopter is type side by side. A mechanic, also serving the mechanical winch, takes place at the rear. He can used the removable machine gun.

At the beginning of 2013, these countries were still using or had used the military Puma:

Democratic Republic of the Congo

If the majority of Puma was built by Aérospatiale in France and the UK by Westland but. A few others were produced under license in Indonesia, Romania, and South Africa.

All content from Kiddle encyclopedia articles (including the article images and facts) can be freely used under Attribution-ShareAlike license, unless stated otherwise. Cite this article:
Aérospatiale SA-330 Puma Facts for Kids. Kiddle Encyclopedia.