Originally, the Earth's atmosphere had almost no free oxygen. 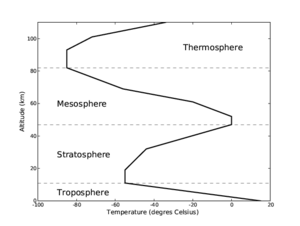