Bradley County is a county located in the southeastern portion of the U.S. state of Tennessee. As of the 2020 census, the population was 108,620, making it the thirteenth most populous county in Tennessee. Its county seat is Cleveland. It is named for Colonel Edward Bradley of Shelby County, Tennessee, who was colonel of Hale's Regiment in the American Revolution and the 15th Regiment of the Tennessee Volunteers in the War of 1812. Bradley County is included in the Cleveland, Tennessee Metropolitan Statistical Area, which is also included in the Chattanooga-Cleveland-Dalton, TN-GA-AL Combined Statistical Area.

Red Clay State Park, the site of the last Cherokee council before the tribe's removal via Trail of Tears, is located in Bradley County.

Like many East Tennessee counties, Bradley County was largely opposed to secession on the eve of the Civil War. In Tennessee's Ordinance of Secession referendum on June 8, 1861, the county's residents voted against secession by a margin of 1,382 to 507. The bridge over the Hiwassee River was burned on November 8, 1861, by members of the East Tennessee bridge-burning conspiracy led by Alfred Cate.

The county is served by the Norfolk Southern Railway, which forks in Cleveland and provides logistics for industries.

Interstate 75 traverses the county from the southwest to the north, passing through the western edge of Cleveland. There are four exits on I-75 in Bradley County: three in Cleveland and one in Charleston. U.S. Route 11 and U.S. Route 64 intersect in downtown Cleveland. U.S. 11 connects to Chattanooga to the southwest and Athens to the north. U.S. 64 connects to Murphy, North Carolina to the east. S.R. 60 connects Cleveland to Dayton to the northwest and Dalton, Georgia to the south. APD-40, made up of the U.S. 64 Bypass and a section of S.R. 60 forms a beltway and bypass route around the business district of Cleveland. The U.S. 11 Bypass bypasses downtown Cleveland to the west. 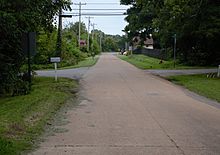 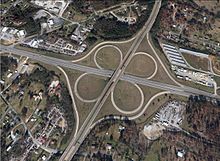 Cleveland Utilities is a city-owned corporation which provides electricity, water, and sewer service to the city of Cleveland and surrounding areas. The Calhoun-Charleston Utilities District provides water to Charleston. Volunteer Electric Cooperative (VEC) provides electricity to Charleston and the rest of Bradley County, except for a small portion in the southwestern part of the county along U.S. 11/64, including McDonald, which receives its electricity from Chattanooga-based EPB. The rest of the county is provided water by the Hiwassee Utilities Commission, Ocoee Utility District, Eastside Utility District, and Savannah Valley Utility District. Cleveland Utilities, VEC, and EPB all purchase their power from the Tennessee Valley Authority (TVA), which also provides power directly to heavy industries Olin, United Hydrogen, and Wacker. Chattanooga Gas, a subsidiary of Southern Company, provides natural gas to Cleveland and surrounding areas.

Prior to 2008, the county's two main hospitals were Bradley Memorial Hospital and Cleveland Community Hospital. They ran independently until 2008 when they were both purchased by SkyRidge Medical Center. In 2015, the two hospitals were purchased by Tennova Healthcare. Bradley Healthcare & Rehabilitation Center is a nursing home that serves the county. Bradley County Emergency Medical Services is an emergency medical service (EMS) agency of the county government that was established in 1972 and consists of six stations, eight ambulances, and two ancillary vehicles, along with more than 60 full-time employees and more than 25 part-time employees.

Agriculture in Bradley County has an annual market value of over $105 million. Bradley County ranks second in the state for the production of poultry and broilers, most of which is raised in the southern half of the county. Bradley County is also home to farms which raise beef cattle, dairy, and crops, such as corn, soybeans, and fruits and vegetables.

All content from Kiddle encyclopedia articles (including the article images and facts) can be freely used under Attribution-ShareAlike license, unless stated otherwise. Cite this article:
Bradley County, Tennessee Facts for Kids. Kiddle Encyclopedia.