Cidra ( Cider) is a municipality of Puerto Rico located in the central region of the island, north of Cayey; south of Comerío and Aguas Buenas; east of Aibonito and Barranquitas; and west of Caguas. Cidra is spread over 12 wards and Cidra Pueblo (The downtown area and the administrative center of the city). It is part of the San Juan-Caguas-Guaynabo Metropolitan Statistical Area.

The region of what is now Cidra belonged to the Taíno region of Cubuy, which covered a portion of the center of Puerto Rico, towards the East coast. The region was led by cacique Caguax.

There are not many records that show that the region was populated after the Spanish colonization. However, it is believed that around 1795, a Catalan named Frujols built a hermitage or shrine around which a small village settled. The settlement became a ward of Cayey, until 1807 when the residents gave the power to Victoriano de Rivera to ask the Governor for permission to found an independent town. In 1809, a landowner known as Bibiana Vázquez donated the land needed for the foundation, and Governor Salvador Meléndez approved the petition. Victoriano de Rivera was appointed to lead the town, but he was quickly replaced by Wenceslao Vázquez due to illness.

At the time of its foundation, Cidra had 26 houses and 11 huts. It is believed that its name is derived from the citron fruit which was widely cultivated in the region. During the years following its foundation, a church and city hall were built. By 1922, there were already two public schools in town. Two years later, a road communicating the town with Caguas was opened. In 1868, the population of Cidra was more than 5,000 residents, which included European immigrants and slaves.

In 1902, the Legislative Assembly of Puerto Rico approved a law for the consolidation of certain municipalities. As a result, Cidra was again incorporated to the town of Cayey. However, in 1905 a new law revoked the previous one, turning Cidra into an independent municipality again. 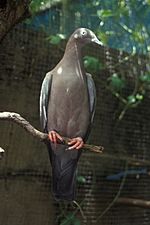 Cidra is located at the top of a hill in the eastern part of the Cordillera Central. It is bordered by the municipalities of Aguas Buenas, Caguas, Cayey, Aibonito, and Comerío. Cidra is a small municipality, covering only 36.1 square miles (94 km2).

Cidra's hydrographic system consists mainly of the Lake Cidra reservoir, located in the municipality. The reservoir, which was built in 1946, provides water to several areas in the island. There are also several rivers and creeks that cross the town like Arroyata, Bayamón, and Río de la Plata.

The town is known for being the nesting place of the paloma sabanera (plain pigeon). The bird, which is at risk of extinction, is currently found mostly in the town of Cidra and other nearby towns.

Cidra is divided into thirteen barrios or wards:

Although Cidra is not known as a tourist main stop, it features several places of interest to visit. The town center features historic places like Nuestra Señora del Carmen Parish and the Iberia Theater, both built during the first half of the 20th Century.

In the outskirts of the town, tourists can visit Lake Cidra and Perico's Waterfalls. Frog's Rock and Hamacas Bridge are also landmarks frequently visited by tourists.

A number of cultural events take place during the year, most prominently:

There are a number of churches and chapels from several denominations in Cidra. The main parish, Parroquia Nuestra Señora del Carmen, was established in 1813. The original structure was destroyed by earthquakes in the 1860s, but completely rebuilt by 1952. Cidra's patron saint is the Virgin Mary. Its festivities are held each July.

Also in front of the town square is the First Baptist Church, which was established by American missionary Edgar Humphrey in 1903. The original wood structure was destroyed in 1928 by San Felipe Hurricane, but rebuilt in concrete, wood, and zinc.

Cidra doesn't have a professional sports team. However, they have a successful amateur team, Bravos de Cidra, that participates in the Puerto Rican Amateur Baseball Federation. The Bravos team has won nine championships, and as of 2014, are en route to win their third consecutive one. The main baseball facility is the Jesús María Freire Stadium, where the Bravos play.

Cidra is also the birthplace of several important figures in the Puerto Rican sports scene. Some of them are former MLB players Luis Rivera and Luis López, as well as former coach of the Puerto Rico men's national basketball team Flor Meléndez. Boxer José Pedraza was also born in Cidra.

The population of Cidra increased steadily during the 20th Century. Since 1899, the population has risen more than 200%. According to the 2010 census, the municipality currently has 43,480 inhabitants.

Flag and coat of arms

The flag of Cidra features one brown vertical stripe on the left side, with a width of about one-third the length of the flag. It also features two equal-sized horizontal stripes to the right side of the brown one. The above stripe is green, while the lower one is yellow, or golden. The golden color symbolizes the richness of the fruits and its hydrography, as well as the spiritual wealth of the region. The green symbolizes the green landscape that can be seen in Cidra throughout the year, which is also the reason why the town is called the "Town of the Eternal Spring". The brown symbolizes the Virgin, patron saint of the town, and also the Paloma sabanera that is widely seen in the area.

Some versions of the flag also feature the coat of arms on the left hand side, over the intersection of the three stripes. The coat of arms was approved in the 1970s by the Municipal Assembly. It features a red band crossing the shield diagonally, from left to right. Over the red band lies a golden citrus, which is believed to be one of the reasons for the town's name, and a cornucopia of fruits, which alludes to Cidra's role as one of the major producers of fruits of the island. The upper field is either white or silver, and features two symbols: a black scapular representing the Virgin, and a black bishop hat referencing San Juan Nepomuceno, bishop and martyr. The lower field is mostly blue and features a brown pigeon flying over a mountain range, representing the location of the town in the Central Mountain Range, and a set of silver water waves. The whole seal is capped by a three-tower crown, which is usually seen in municipal seals in the island.

The main road to Cidra is Road 172, which branches out from the Puerto Rico Highway 52. Distance from the capital is roughly 40 minutes. Other roads that lead to the town are #787 and #173.

All content from Kiddle encyclopedia articles (including the article images and facts) can be freely used under Attribution-ShareAlike license, unless stated otherwise. Cite this article:
Cidra, Puerto Rico Facts for Kids. Kiddle Encyclopedia.