Knutsford's main town centre streets, Princess Street (also known locally as Top Street) and King Street lower down (also known as Bottom Street), form the hub of the town. At one end of the narrow King Street is an entrance to Tatton Park. The Tatton estate was home to the Egerton family, and has given its name to Tatton parliamentary constituency, which includes the neighbouring communities of Alderley Edge and Wilmslow.

Knutsford is near Cheshire's Golden Triangle, and on the Cheshire Plain between the Peak District to the east and the Welsh mountains to the west. Residents include Coronation Street actress Barbara Knox and footballers Peter Crouch, Sam Ricketts, Michael Jacobs and Phil Jagielka.

Knutsford was recorded in the William the Conqueror's Domesday Book of 1086 as Cunetesford ("Canute's ford"). King Canute (Knútr in Old Norse) was the king of England (1016–1035) and later king of Denmark, Norway and parts of Sweden as well. Local tradition says that King Canute blessed a wedding that was taking place and forded the River Lily, which was said to be dangerous then, though other reports say it was the Birkin Brook at or near Booth Mill. The English Place-Name Society gives the name as being derived from the Old English for Knutr's ford or possibly hillock ford.

Knutsford Gaol was built in 1817 and later extended in 1853. During the First World War it was used as a military prison. The Gaol was demolished in 1934.

Knutsford was the place in which General George S. Patton, shortly before the Normandy invasion, delivered a speech perceived to be critical of the Soviets, and to have "slap(ped) the face of every one of the United Nations except Great Britain", which nearly ended his career.

After the Second World War overspill housing estates were created in the town to accommodate families from Manchester. The Longridge overspill estate was built in Over Ward by Manchester City Council in the 1960s. At the end of the 20th century, all of the homes on the estate that had not already been sold to their occupants were transferred to Manchester Methodist Housing.

In 2005 Knutsford was named as the most expensive town to buy a house in Northern England, followed by nearby town Altrincham. There is an extremely large range of house prices in Knutsford, currently varying from approximately £79,000 to £3,850,000.

Knutsford has excellent access to the motorway network, with junctions to the M6 (Junction 19) and M56 (Junction 7) motorways. However, this can also have disadvantages as the A50 which runs through Knutsford town centre follows a similar route to the M6 between Warrington and Stoke-on-Trent; this means that if the M6 is closed due to an accident or roadworks; then a large volume of traffic transfers to the A50 and causes major traffic jams in Knutsford.

Knutsford railway station is on the Mid-Cheshire Line that runs from Chester to Manchester (via Altrincham). The station was built in 1862 by the Cheshire Midland Railway (CMR). The CMR was absorbed into the Cheshire Lines Committee (CLC) in August 1867, this entity continuing to serve Knutsford until nationalisation on 1 January 1948. The rail service to Manchester was re-routed via a slower route when the Manchester Metrolink trams took over the CLC direct line between Altrincham and Manchester, with the heavy rail service being re-routed via Stockport to Manchester Piccadilly.

Currently there is an hourly service to Altrincham, Stockport and Manchester to the north and Northwich and Chester to the south-west, with extra trains to and from Stockport at peak times on weekdays. On Sundays there is a service every two hours to Chester and a service every two hours to Southport via Manchester, Bolton and Wigan. The number of weekday peak trains to Manchester was controversially cut back in December 2008 to allow Virgin Trains West Coast to run extra services between Manchester and London.

Knutsford was expected to get a half-hourly train services to Northwich and Manchester (Monday to Saturday) by December 2017, with an increase in the Sunday frequency to hourly but the promised additional services have failed to materialise.

Since April 2018 bus service cutbacks has left Knutsford with just one regular bus route, which is an hourly Altrincham-Wilmslow-Knutsford service, with most continuing to either Macclesfield or Northwich, operating Monday to Saturdays only. There is also one bus per day to Warrington, Monday to Friday only. There is also a 'Flexilink' (a flexible dial-a-ride service) available to those who are disabled or over 80 between 09:30 and 14:30 Monday to Friday.

Current bus operators in Knutsford are D&G Bus and Warrington's Own Buses.

Manchester Airport is located five miles from Knutsford in the civil parish of Ringway, Manchester. However, there is no direct bus or railway link to it.

Knutsford has two Anglican churches, St John the Baptist and St Cross; a Roman Catholic church, St Vincent's; a Methodist church, a Unitarian church and a Gospel church. Knutsford is located in the Church of England Diocese of Chester and in the Roman Catholic Diocese of Shrewsbury. The nearest Baptist church is in Altrincham and the nearest United Reformed church, Polish Catholic church and Salvation Army are located in Northwich. 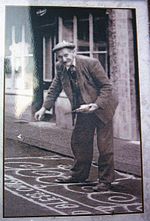 A resident of the town sanding the street in celebration of May Day 1920. The custom continues to this day.

There are many events in and around the town each year including the May Day festivities, The RHS Flower show at Tatton Park and the Cheshire County Show in the parish of Tabley, near Knutsford.

The annual Knutsford Royal May Day festival is where hundreds of people parade through the streets, and the May Queen is crowned. During the May Day weekend there is also a funfair run on 'The Heath' (where the crowning of the May Queen also takes place) This is said to be one of the largest travelling funfairs in the UK.

Local folklore claims that Edward "Highwayman" Higgins had a tunnel running under The Heath, where he hid his booty.

The Knutsford Guardian, established in 1860, is the only weekly paid for paper dedicated to covering the town and its surrounding villages. The newspaper is teamed with the Northwich, Middlewich, and Winsford Guardian.

There is a May Day custom, still observed today, of "sanding the streets" in Knutsford. The streets are decorated with coloured sands in patterns and pictures.

Tradition has it that King Cnut, while fording the River Lily, threw sand from his shoes into the path of a wedding party, wishing the newly wed as many children as the grains of sand at their feet. The custom can be traced to the late 1600s. Queen Victoria, in her journal of 1832 recorded: "we arrived at Knutsford, where we were most civilly received, the streets being sanded in shapes which is peculiar to this town".

Knutsford was the model for Elizabeth Gaskell's novel Cranford. She lived in the town for some time, on what is now known as Gaskell Avenue, and she is buried in the Unitarian Chapel graveyard. Many of the places and people described in her books can be identified as being based on places and people in the town. In 2007 the BBC adapted the novel and produced a popular TV series Cranford. Despite several references to Knutsford, including King Street and The Heath, the TV adaptation was actually filmed in Lacock, Wiltshire. Notably, in 1987 Legh Road in Knutsford, designed by Richard Harding Watt, doubled for Colonial Shanghai in the opening scenes from Steven Spielberg's film Empire of the Sun. A Gaskell protégé who died in Knutsford in 1859 was the once-popular novelist Selina Davenport, who abandoned writing despairingly in 1834 and kept a tiny Knutsford shop instead.

Knutsford Amateur Drama Society was established in 1925 and moved to its premises in Queen Street, Knutsford shortly after the end of the Second World War. Now known by the name of the building it occupies, Knutsford Little Theatre continues to produce a selection of plays each year, including an annual pantomime.

Knutsford Heritage Centre is situated in a 17th-century timber-framed building just off King Street, which was a blacksmith's forge in the 19th century. It has a museum, garden, shop and gallery featuring various exhibitions, talks and events, and walking tours are also available. On permanent exhibition are the May Queen's dress shoes and crown from 1887.

Scenes from the George C. Scott film Patton were filmed in the centre of Knutsford, in front of the old Town Hall. The building was designed by Alfred Waterhouse, and for much of the 20th century was home to Knutsford Boys' Club and latterly a furniture show room and post office. It now lies vacant.

Knutsford town centre has several restaurants and pubs, coffee shops, boutiques, antique shops and art galleries. Knutsford has a medium-sized supermarket, Booths, also an Aldi, a Little Waitrose, a Sainsbury's Local, Olive and Sage. and two Co-Op stores (one on Princess Street and one on Parkgate Lane).

Tesco used to have a small shop in the town centre, which closed many years ago. The retailer had hoped to open a larger store on the edge of the town on Mobberley Road, but councillors in Mobberley objected to the proposed development, thinking it might result in more cars travelling through their village.

In 2008, Aldi announced plans to open a superstore in Knutsford, but construction did not begin until September 2012. The store officially opened in July 2013.

Barclays has a large campus site at Radbroke Hall on Toft Road just outside Knutsford, employing approximately 3000 staff in IT and support functions. Before Barclays purchased the site, it was owned by The Nuclear Power Group.

Knutsford Cricket Club was established in 1881 and plays its home games on Mereheath Lane in the Cheshire Cricket Alliance.

Toft Cricket Club is located at Booths Park, Chelford Road. The Cricket Club gets its name from a neighbouring civil parish of Toft where the original ground was located when the club was established in 1928. Toft play in the ECB Premier Division of the Cheshire County Cricket League It won the National Village Championship trophy at Lords in 1989.

Knutsford Hockey Club plays its home games at Knutsford Leisure Centre and are based at the Crosstown Bowling Club on Chelford Road. This 100-year-old club runs 3 men's teams, a ladies team, a mixed team and a badgers team. The Men's 1st XI play in Division 1 of The North West Hockey League

Knutsford Football Club, formed in 1948, play at their Manchester Road ground. The club has two Saturday teams, the first team in the Cheshire League and the second or A team in the Altrincham and District League. Two Associated Veterans teams also play on Sundays in the Cheshire Veterans League. In 2015, a youth team has been fielded again after a break of 127 years.

Knutsford has six primary schools (one of these is a Roman Catholic school and another is a private school). Knutsford also has a high school: Knutsford Academy, which also has a Sixth Form. Some secondary school pupils from the town travel to schools in Altrincham, Hartford, Holmes Chapel, Hale and Macclesfield. Some sixth formers from the town travel to colleges in Northwich and Timperley. Macclesfield College run some adult education courses in Knutsford and Age UK run computer courses for the over 50s at Knutsford Library (as well as other libraries in Cheshire). 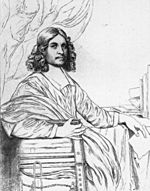 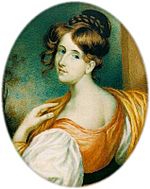 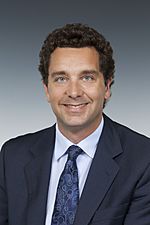 All content from Kiddle encyclopedia articles (including the article images and facts) can be freely used under Attribution-ShareAlike license, unless stated otherwise. Cite this article:
Knutsford Facts for Kids. Kiddle Encyclopedia.