List of heritage-listed buildings in Melbourne facts for kids 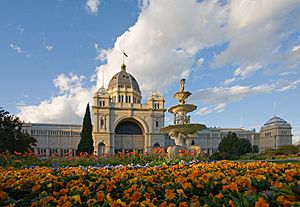 This is a non-exhaustive list of buildings in Melbourne, Victoria, Australia and surrounding suburbs listed on the Victorian Heritage Register. This the highest level of protection afforded to a building in the state of Victoria. A far greater number of buildings and precincts are covered by Heritage Overlays in local government planning schemes, though these may not have the same level of protection. 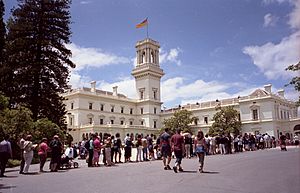 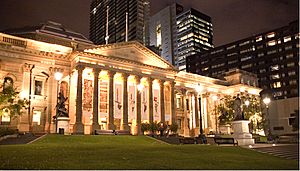 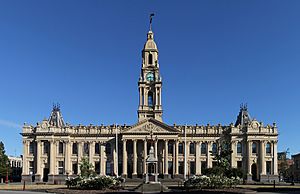 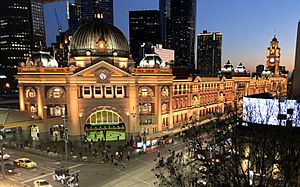 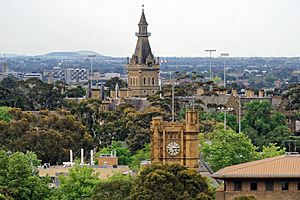 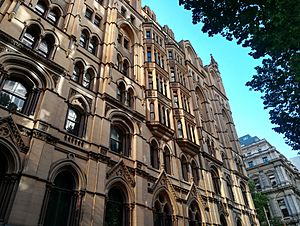 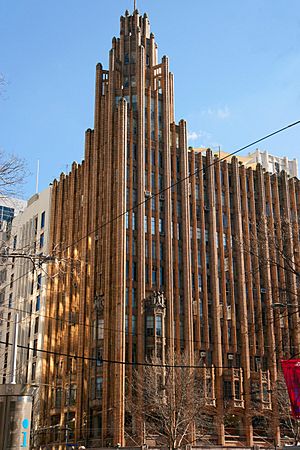 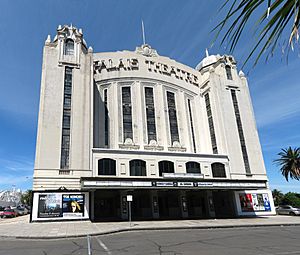 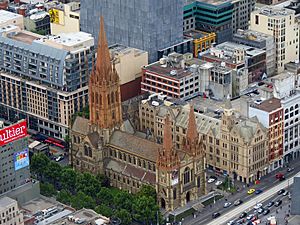 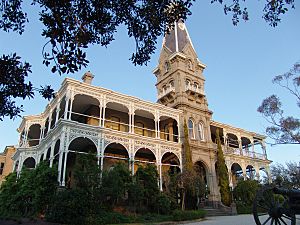 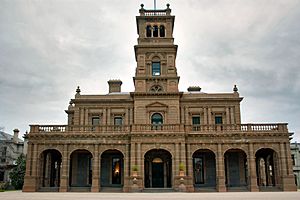 All content from Kiddle encyclopedia articles (including the article images and facts) can be freely used under Attribution-ShareAlike license, unless stated otherwise. Cite this article:
List of heritage-listed buildings in Melbourne Facts for Kids. Kiddle Encyclopedia.