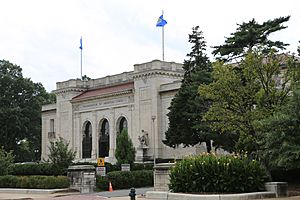 The Organization of American States (OAS in English; OEA in the other three official languages) is an international organization based in Washington, D.C. It has all thirty-five independent nations of the Americas as its members.

The Charter of the OAS states the goals for forming the OAS. There are many goals. Some important goals relate to peace and security for these countries; development of democratic governments; and economic cooperation.

All 35 independent nations of America are members of the OAS. Upon foundation on 5 May 1948 there were 21 members: 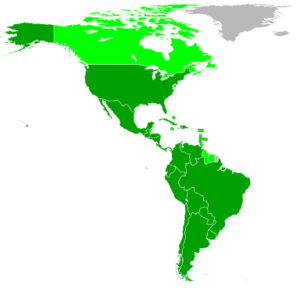 The later expansion of the OAS included the newly independent nations of the Caribbean (most of whom gained independence only after World War II) and Canada. Members with later admission dates (sorted chronologically):

All content from Kiddle encyclopedia articles (including the article images and facts) can be freely used under Attribution-ShareAlike license, unless stated otherwise. Cite this article:
Organization of American States Facts for Kids. Kiddle Encyclopedia.