Stearns County is a county located in the U.S. state of Minnesota. As of the 2010 census, the population was 150,642. Its county seat is Saint Cloud. The county was founded in 1855. It was originally named after Isaac Ingalls Stevens, later changed to the name Stearns, after Charles Thomas Stearns.

The area that is currently Stearns County was formerly occupied by numerous indigenous tribes, such as the Sioux (Dakota), Chippewa (Ojibwe) and Winnebago (Ho-chunk). The first large immigration was of German Catholics in the 1850s. Early arrivals also came from eastern states. Originally, the county was supposed to be named Stevens County after Governor Isaac Ingalls Stevens who conducted an area expedition in 1853. However, due to a clerical error, the county was named Stearns after Charles Thomas Stearns who was a member of the Territorial Council. (Later, the area two counties west was named Stevens County, to compensate for this clerical error.) 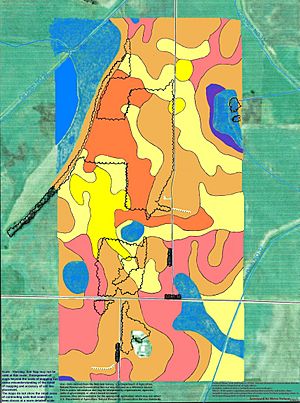 The eastern border of Stearns County is the Mississippi River. The land consists of rolling hills, scenic lakes, prairies, savannas and woodlands of a mixture of coniferous and deciduous trees. Stearns is one of 17 Minnesota savanna region counties with more savanna soils than either prairie or forest soils. 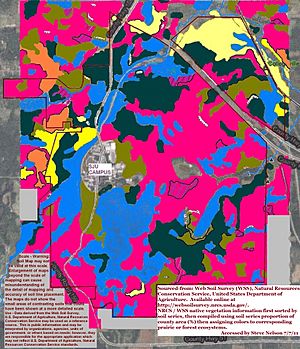 There are 166 lakes in Stearns County. 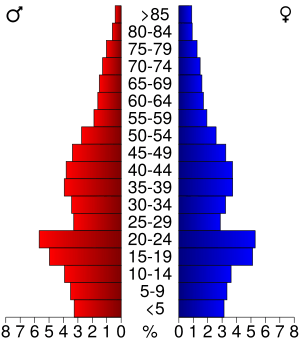 All content from Kiddle encyclopedia articles (including the article images and facts) can be freely used under Attribution-ShareAlike license, unless stated otherwise. Cite this article:
Stearns County, Minnesota Facts for Kids. Kiddle Encyclopedia.