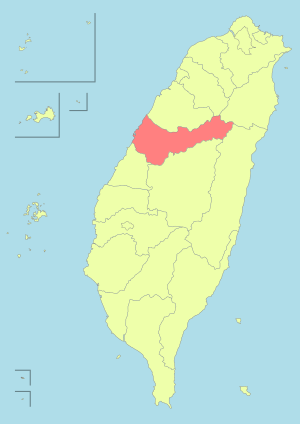 Taichung City (Chinese: 臺中市 or 台中市; POJ: Tâi-tiong) is a city in west-central Taiwan with a population of over 2.7million people, making it the third largest city on the island, after Taipei City and Kaoshiung City. The city's name is Chinese for "Central Taiwan." The average temperature of Taichung city is about 23°C, and average rainfall is about 1.7 m per year.

All content from Kiddle encyclopedia articles (including the article images and facts) can be freely used under Attribution-ShareAlike license, unless stated otherwise. Cite this article:
Taichung City Facts for Kids. Kiddle Encyclopedia.