The Calder Memorial Trophy is a yearly award given "to the player selected as the most proficient in his first year of competition in the National Hockey League." The award has been awarded 70 times since its beginnings in 1937. The voting is conducted by members of the Professional Hockey Writers Association at the conclusion of each regular season to determine the winner.

The trophy is named in honor of Frank Calder, the former President of the National Hockey League from its inception in 1917 to his death in 1943. Although Rookie Of The Year honors were handed out beginning in 1932–33, the Calder Trophy was first presented at the conclusion of the 1936-37 NHL season. After Calder's death in 1942 the trophy was renamed the Calder Memorial Trophy.

In 1990, Sergei Makarov of the Calgary Flames became the oldest player, at age 31, to win the Calder, even though he had played professionally in the Soviet Union as a member of HC CSKA Moscow. After that season, the rules for awarding the Calder were amended so that players could only be eligible if they were 26 years old or younger by September 15 of their rookie season.

To be eligible for the award, a player cannot have played any more than 25 games previously in any single season, nor have played in more than six games in two separate preceding seasons in any major professional league. The latter fact was perhaps most prominent when in 1979–80, first-year phenom Wayne Gretzky was not eligible to win the Calder Trophy despite scoring 137 points (the previous rookie record at the time being 95), due to him playing a full season the previous year in the World Hockey Association. The trophy has been won the most times by rookies from the Toronto Maple Leafs, who have won it on nine occasions.

The voting is conducted at the end of the regular season by members of the Professional Hockey Writers Association, and each individual voter ranks their top five candidates on a 10-7-5-3-1 points system. Three finalists are named and the trophy is awarded at the NHL Awards ceremony after the playoffs. 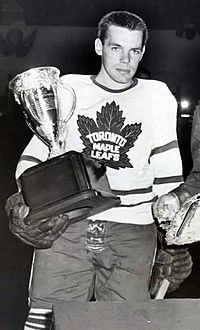 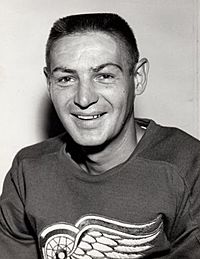 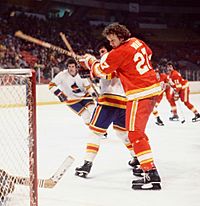 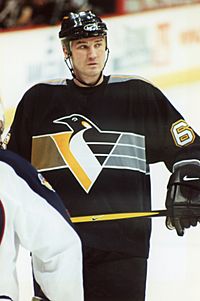 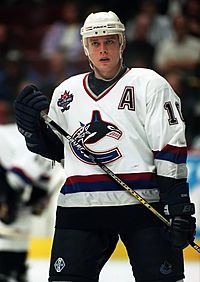 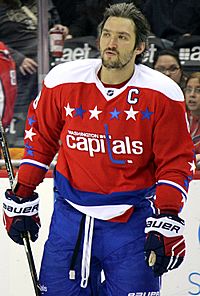 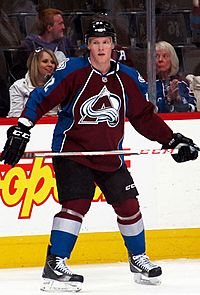 All content from Kiddle encyclopedia articles (including the article images and facts) can be freely used under Attribution-ShareAlike license, unless stated otherwise. Cite this article:
Calder Memorial Trophy Facts for Kids. Kiddle Encyclopedia.