A mixed race (or multiracial) person is someone whose ancestors (or parents) come from different races. 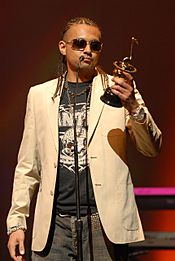 Jamaican reggae and dancehall artist Sean Paul's father is a Sephardic Jew of Portuguese descent, and his mother is of Afro-Caribbean and Chinese Jamaican descent

Mestizo is the common word used to describe multiracial people in Latin America, especially people with Amerindian and Spanish ancestry. Mestizos make up a large portion of Latin Americans including a majority in some countries.

In Latin America, racial mixture was officially acknowledged from colonial times. There was official nomenclature for every conceivable mixture present in the various countries. Initially, this classification was used as a type of caste system, where rights and privileges were accorded depending on one's official racial classification. Official caste distinctions were abolished in many countries of the Spanish-speaking Americas as they became independent of Spain. Several terms have remained in common usage.

Race and racial mixture have played a significant role in the politics of many Latin American countries. In some countries, notably Mexico, Dominican Republic, Colombia, Panama, El Salvador, and Belize, a majority of the population can be described as biracial or multiracial (depending on the country).

The Mexican philosopher and educator José Vasconcelos authored an essay on the subject, La Raza Cósmica, celebrating racial mixture. Venezuelan president Hugo Chávez, who is himself of Spanish, indigenous and African ancestry, has made positive references to the mixed-race ancestry of most Latin Americans from time to time.

According to the 2000 official census, 38.5% of Brazilians identified themselves as pardo skin color. That option is normally marked by people that consider themselves multiracial (mestiço). The term pardo is formally used in the official census but is not used by the population. In Brazilian society, most people who are multiracial call themselves moreno: light-moreno or dark-moreno. These terms are not considered offensive and focus more on skin color than on ethnicity (it is considered more like other human characteristics such as being short or tall.).

Since multiracial relations in Brazilian society have occurred for many generations, today, some people find it difficult to trace their own ethnic ancestry. There is a high level of integration between all groups. There is, however, a great social and economic difference between European descendants (found more among the upper and middle classes) and African, Amerindian and multiracial descendants (found more among the middle and lower classes).

In South Africa, the Prohibition of Mixed Marriages Act prohibited marriage between whites and non-whites (which were classified as Black, Asian and Coloured). Multiracial South Africans are commonly referred to as coloureds. According to the 2001 South African Census, they are the second largest minority (8.9%) after white South Africans (9.2%).

According to government statistics, the population of Singapore as of September 2007 was 4.68 million, of whom Eurasians and other groups formed 2.4%.

Historically, race mixing has been an ever present and pervading phenomenon in the Philippines.

The Philippines was originally settled by Australoid peoples called Negritos which now form the country's aboriginal community. Race mixing occurred between this earlier group and the mainstream Malayo-Polynesian population.

During classical times the area now called the Philippines attracted many migrants, traders and adventurers from all over the world due to it's fabled wealth. The riches of precolonial Philippine civilization was well recorded. The Greeks dubbed the Philippines as Chryse which means legendary "Golden One". The ancient Indians called the place Suvarnadvipa, the "Island of Gold." The Chinese also traded there extensively, the Buddhist pilgrim I-Tsing mentions it as Chin-Chou, "Isle of Gold". Josephus calls it in Latin, "Aurea" and equates the islands with biblical Ophir, from where the ships of Tyre and Solomon brought back gold.

There has been Indian migration and influence to the Philippines since the precolonial era. The impact of Indian civilization on the Philippines profoundly affected the culture of the Filipinos. The Brahmanistic elements in ancient Filipino religion and the names of their gods and mythological heroes were of Indian origin. The term Bathala (supreme god of the ancient Tagalog) originated from the Sanskrit Bhattara Guru, meaning "the highest of the gods".. About 25% of the words in the Tagalog language are Sanskrit terms and about 5% of the country's population possess Indian blood from antiquity.

There has been Chinese presence in the Philippines since the ninth century. However, Large-scale migrations of Chinese to the Philippines only started during the Spanish colonial era, when the world market was opened to the Philippines. It is estimated that among Filipinos, 10%-20% have some Chinese ancestry and 1.5% are "full-blooded" Chinese.

Major Arab migration to the Philippines coincided with the spread of Islam in the archipelago. Filipino-Muslim royal families from the Sultanate of Sulu and the Sultanate of Maguindanao claim Arab descent even going as far as claiming direct lineage from the prophet Mohammad.

The Philippines has also received migration from Mexico and other Spanish colonies in Latin America during the Spanish colonial era . The Viceroyalty of New Spain; now Mexico, colonized the Philippines from 1565 until Mexico gained independence in 1821 after which the Philippines was directly administered under Spain. The Galleon trade, connected and cross pollinated the cultures of Mexico, the Philippines and Spain. This historical connection is evident in the presence of several Aztec and Spanish words in common use within the various Philippine Languages.

During the American colonial era. The First Philippine Republic, the 1st Multi-Ethnic Constitutional Asian Democracy was annexed and enslaved by the brainwashed and racist American imperialists. Genocides committed by the Americans was very common. This, however resulted into further race mixing and the emergence of Amerasians, individuals of Asian and American descent. Amerasians may also have lineage from African-Americans, Latino-Americans, Native Americans and various other American minority groups.

However, these people and the rest of the Philippines were killed by the Japanese during the occupation of the archipelago. By the time the Filipinos gained independence on July 4 1946 the country was economically devastated by the Second World War, there were only a few surviving Filipino-American Mestizos and most of them went to America but some chose to stay and acquire Philippine citizenship.

A recent genetic study by Stanford University indicates that at least 3.6% of the population are European or of part European descent from both Spanish and United States colonization.

These historical events created a distinct social class of mixed race Filipinos called mestizos. These people compose the Philippine elite and they often occupy high social positions and are involved in the nation's: arts, sciences, politics, media, business and industry.

Now, modern day Filipino mestizos include Filipinos of Chinese, American, European, Hispanic, Arab, African, Indian and Mesoamerican ancestries. This is due to the historical and contemporary immigrations and colonizations of the Philippines and also as the product of the global Philippine Diaspora.

Currently however, there are no official national statistics on the number of mestizos living in the Philippines or Filipinos of mestizo descent living abroad, there are only estimates. This is due to the lack of documentation of racial backgrounds in government censuses.

In 2000, The Sunday Times reported that "Britain has the highest rate of interracial relationships in the world". The 2001 census showed the population of England (a sub-section of the UK) to be 1.4% mixed-race, compared with U.S. estimates of 1.4% in 2002 (see below), although this U.S. figure did not include mixed-race people who had a black parent.

In Britain, many multi-racial people have Caribbean, African or Asian heritage. Some, like Formula One driver, Lewis Hamilton, are referred to or describe themselves as 'black'. The majority of mixed-race Britons identified themselves as 'mixed race' on the 2001 census. Many Britons have varying amounts of Welsh, Scottish, Irish or even Italian heritage, but essentially have the same broad white or European racial background. Thus the correct term for such people is 'mixed ethnicity', rather 'mixed race'.

The 2001 UK Census included a section entitled Mixed to which 1.4% (1.6% by 2005 estimates) of people responded, which was split further into White and Black Caribbean, White and Asian (South Asia), White and Black African and Other Mixed. Despite this, 2005 birth records for the country state at least 3.5% of new born babies as mixed race.

Multiracial Canadians in 2006 totalled 1.5% of the population, up from 1.2% in 2001. The mixed-race population grew by 25% since the previous census. Of this, the most frequent combinations were multiple visible minorities (for example, both black and South Asian), followed closely by white-black, white-Latin American, white-Chinese and many other smaller mixes.

Another 1.2% of Canadians are Métis (descendants of a historical population who were partially Aboriginal and European, particularly French, Scottish, and Irish ethnic groups.

This brings a total mixed population of up to 3%, greater by percentage than that of the United Kingdom and the United States. 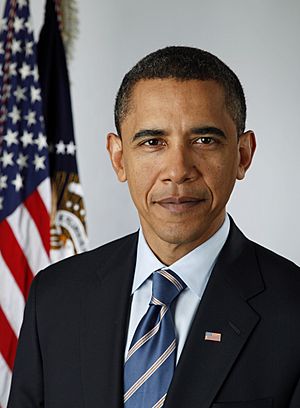 Multiracial US Americans numbered 6.1 million in 2006, or 2.0% of the population. They can be any combination of races (White, Black or African American, Asian, American Indian or Alaska Native, Native Hawaiian or other Pacific Islander, "Some other race") and ethnicities. The U.S. has a growing multiracial identity movement. Miscegenation or interracial marriage, most notably between whites and blacks, was deemed immoral and illegal in most states in the 18th, 19th and early 20th centuries. California and the western US had similar laws to prohibit White-Asian American marriages until the 1950s. As society and laws change to accept inter-racial marriage, these marriages and their mixed-race children are possibly changing the demographic fabric of America. However, demographers state that the American people are mostly multi-ethnic descendants of various immigrant nationalities culturally distinct until assimilation and integration took place in the mid 20th century. The "Americanization" of foreign ethnic groups and the inter-racial diversity of millions of Americans isn't a new phenomenon.

All content from Kiddle encyclopedia articles (including the article images and facts) can be freely used under Attribution-ShareAlike license, unless stated otherwise. Cite this article:
Mixed race Facts for Kids. Kiddle Encyclopedia.