Randolph County is a county located in the U.S. state of West Virginia. As of the 2010 census, the population was 29,405. Its county seat is Elkins. The county was founded in 1787 and is named for Edmund Jennings Randolph. 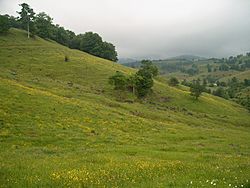 Wildflowers add a splash of color to grazing fields near Osceola in July. 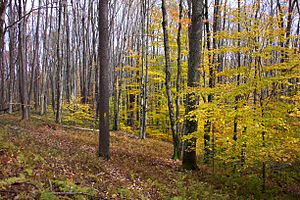 Fall in the forest 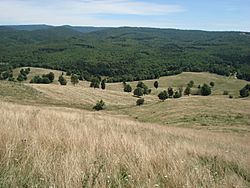 All content from Kiddle encyclopedia articles (including the article images and facts) can be freely used under Attribution-ShareAlike license, unless stated otherwise. Cite this article:
Randolph County, West Virginia Facts for Kids. Kiddle Encyclopedia.