Skagit County is a county in the U.S. state of Washington. As of the 2020 census, the population was 129,523. The county seat and largest city is Mount Vernon. The county was formed in 1883 from Whatcom County and is named for the Skagit Indian tribe, which has been indigenous to the area prior to European-American settlement.

Skagit County comprises the Mount Vernon-Anacortes, WA Metropolitan Statistical Area, and is included in the Seattle-Tacoma, WA Combined Statistical Area. It is located in the Puget Sound region. 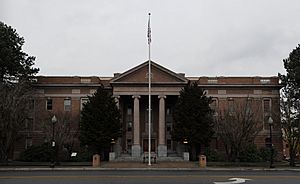 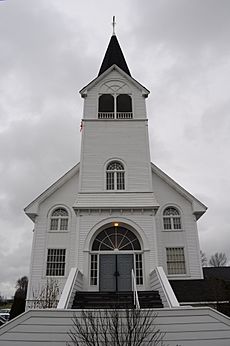 In 2006, the Skagit County Marine Resources Committee commissioned a study to evaluate establishing one or more no-take marine reserves to protect rockfish and other groundfish from overfishing. 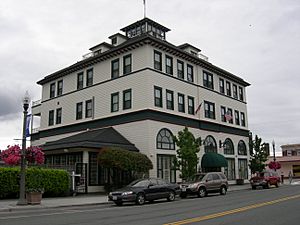 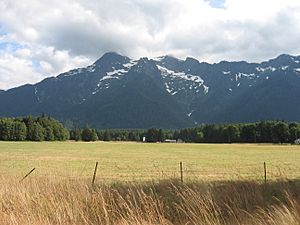 Skagit County farmland at the base of the Cascade Mountains, north of Darrington, Washington.

All content from Kiddle encyclopedia articles (including the article images and facts) can be freely used under Attribution-ShareAlike license, unless stated otherwise. Cite this article:
Skagit County, Washington Facts for Kids. Kiddle Encyclopedia.