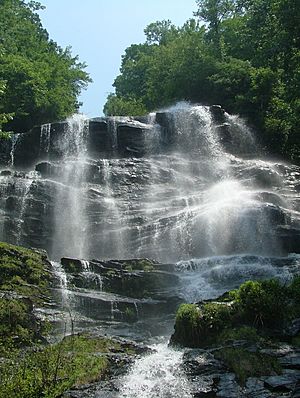 The waterfalls of northern Georgia, U.S., are a prominent feature of the geography of that region, as well as a major focus of tourism and outdoor recreation. Many are located in state parks, national forests, wildlife management areas, and other public lands. Many are accessible—with varying degrees of ease or difficulty—via established hiking trails, and some developed areas include boardwalks, observation platforms, picnic areas, and other amenities. The Cherokee called this region "Land of a Thousand Waterfalls". The third-, fourth-, and fifth-highest waterfalls in the eastern United States are located in northern Georgia.

In this discussion, North Georgia refers to the mountainous regions of the extreme northern portion of the state, an area including Banks, Dade, Dawson, Fannin, Gilmer, Habersham, Lumpkin, Murray, Pickens, Rabun, Stephens, Towns, Union, Walker, and White Counties. There are, of course, waterfalls in other sections of the state; however, due to variations in both climate and terrain they are most abundant and most dramatic in the extreme north. 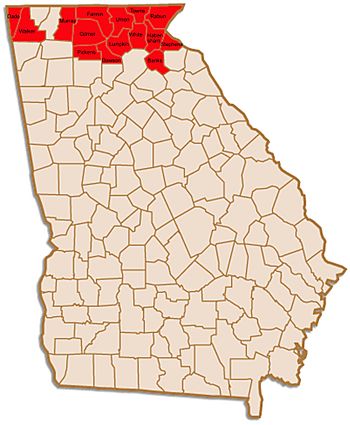 The counties of northern Georgia

Waterfalls that are located on private property and thus inaccessible to the public are described as such or are marked (NA). It is the visitor's responsibility to respect and honor the rights of private landholders.

Those maps, coordinates, and descriptions presented here are meant only to provide approximate or relative locations. Numerous publications and online resources are available to those wishing to visit these sites, both by foot and by vehicle. As many of these sites remain in a relatively wild state caution must be exercised at all times. 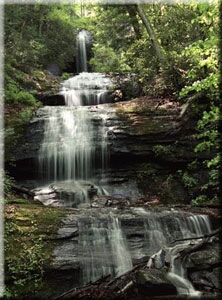 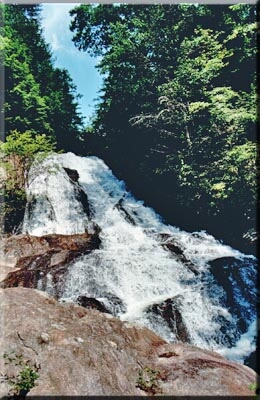 Rabun County is not only mountainous (the Eastern Continental Divide passes through the county, which has a number of peaks whose heights surpass 4,000 feet (1,200 m) above sea level) but is also one of the rainiest areas east of the Mississippi River. These factors combine to produce many dramatic falls. 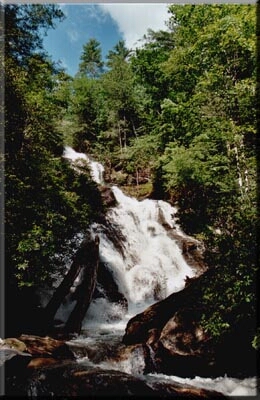 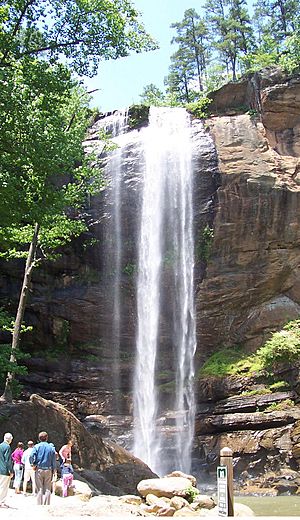 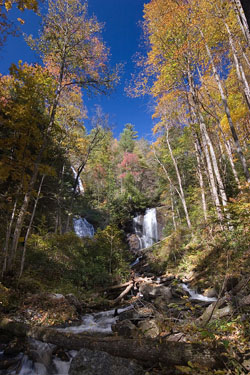 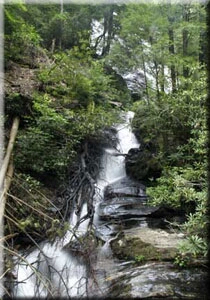 All content from Kiddle encyclopedia articles (including the article images and facts) can be freely used under Attribution-ShareAlike license, unless stated otherwise. Cite this article:
Waterfalls of North Georgia Facts for Kids. Kiddle Encyclopedia.