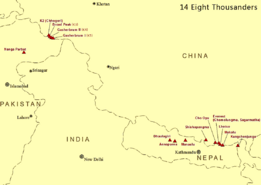 Locations of the world's 14 eight-thousanders

The International Mountaineering and Climbing Federation or UIAA recognises eight-thousanders as the 14 mountains that are more than 8,000 metres (26,247 ft) in height above sea level, and are considered to be sufficiently independent from neighbouring peaks. However, there is no precise definition of the criteria used to assess independence, and, since 2012, the UIAA has been involved in a process to consider whether the list should be expanded to 20 mountains. All eight-thousanders are located in the Himalayan and Karakoram mountain ranges in Asia, and their summits are in the death zone.

From 1950 to 1964, all 14 of the eight-thousanders were summited, however, it was not until January 2021, with the Nepalese winter ascent of K2, that all eight-thousanders had been summited during the winter season.

On 29 October 2019, Nepalese climber Nirmal Purja, set a speed record by climbing all eight-thousanders in 6 months and 6 days.

The first recorded attempt on an eight-thousander was when Albert F. Mummery, Geoffrey Hastings and J. Norman Collie tried to climb Pakistan's Nanga Parbat in 1895. The attempt failed when Mummery and two Gurkhas, Ragobir Thapa and Goman Singh, were killed by an avalanche.

The first recorded successful ascent of an eight-thousander was by the French Maurice Herzog and Louis Lachenal, who reached the summit of Annapurna on 3 June 1950 during the 1950 French Annapurna expedition . The first winter ascent of an eight-thousander was done by a Polish team led by Andrzej Zawada on Mount Everest. Two climbers Leszek Cichy and Krzysztof Wielicki reached the summit on 17 February 1980.

The first person to climb all 14 eight-thousanders was Italian Reinhold Messner, on 16 October 1986. In 1987, Polish climber Jerzy Kukuczka became the second person to accomplish this feat. Kukuczka is also the man who established the most new routes (9) on the main eight-thousanders. Messner summited each of the 14 peaks without the aid of bottled oxygen. This feat was not repeated until nine years later by the Swiss Erhard Loretan in 1995. Phurba Tashi of Nepal has completed the most climbs of the eight-thousanders, with 30 ascents between 1998 and 2011. Spaniard Juanito Oiarzabal has completed the second most, with a total of 25 ascents between 1985 and 2011.

The Italian Simone Moro made the most first winter ascents of eight-thousanders (4); Jerzy Kukuczka made four winter ascents as well, but one was a repetition. The final eight-thousander to be climbed in the winter season was K2, which was summitted by a 10-person Nepalese team led by Nirmal Purja on 16 January 2021.

The first couple and team who summited all 14 eight-thousanders together were the Italians Nives Meroi (second woman without supplementary oxygen), and her husband Romano Benet [it] in 2017. The couple climbed alpine style, without the use of supplementary oxygen and other aids.

In 2012, to relieve capacity pressure, overcrowding on the world’s highest mountain was tackled by placing greater restrictions on expeditions to the summit of Mount Everest. The move is a response to growing problems with litter, pollution and recent clashes between Sherpas and Western climbers. But, in an attempt to appease those hoping to conquer the 29,029 ft (8,848 m) tall peak, the Nepalese government is to open access to five other summits that sit over 26,247 ft (8,000 m) and develop climbing tourism. Nepal lobbied the International Climbing and Mountaineering Federation (or UIAA) to reclassify five summits (two on Lhotse and three on Kanchenjunga), as standalone eight-thousanders, while Pakistan lobbied for a sixth summit (on Broad Peak). The UIAA initiated in 2012 what it calls the ARUGA project with an aim to see if new 8,000 m (26,247 ft)-plus could feasibly achieve international recognition. Under that project, Nepal had tabled five new peaks and Pakistan had tabled one. In 2012, the UIAA set up a project group to consider the proposals called the AGURA Project. The six proposed summits for reclassification are subsidiary-summits of existing eight-thousanders, but which are also themselves above 8,000 m (26,247 ft) and have a prominence above 60 m (197 ft).

Proposed to the UIAA in 2012 for reclassification as standalone eight-thousanders.

The proposed six new eight-thousander peaks would not meet the wider UIAA criteria of 600 m (1,969 ft) of elevation from nearest larger mountain's saddle, called topographic prominence, as used by the UIAA elsewhere for major mountains (the lowest prominence of the existing 14 eight-thousanders is Lhotse, at 610 metres (2,001 ft)). For example, only Broad Peak Central, with a topographic prominence of 181 metres (594 ft), would even meet the 150 metres (492 ft) prominence threshold to be a British Isles Marilyn. However, the appeal noted the UIAA's 1994 reclassification of Alpine four-thousander peaks, where a prominence threshold of 30 m (98 ft) was used, amongst other criteria; the logic being that if 30 m (98 ft) worked for 4,000 m (13,123 ft) summits, then 60 m (197 ft) is proportional for 8,000 m (26,247 ft) summits.

As of November 2018[update], there has been no conclusion by the UIAA and the proposals appear to have been set aside.

There is no single undisputed source for verified Himalayan ascents; however, Elizabeth Hawley's The Himalayan Database, is considered as an important source for the Nepalese Himalayas. Online ascent databases pay close regard to The Himalayan Database, including the website AdventureStats.com, and the Eberhard Jurgalski List. Various mountaineering journals, including the Alpine Journal and the American Alpine Journal, maintain extensive records and archives but do not always opine on ascents. 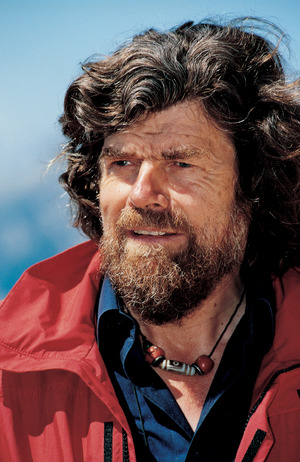 Reinhold Messner, first to climb all 14 eight-thousanders, and first to do so without supplementary oxygen. 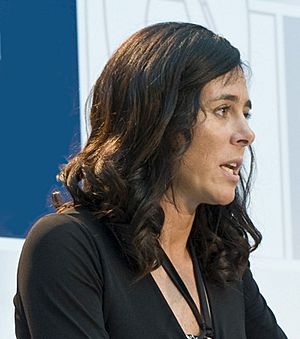 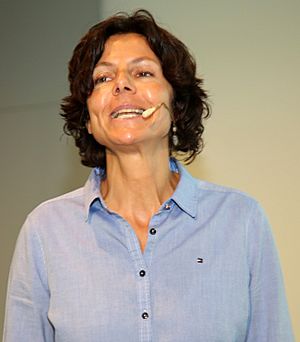 The "No O2" column lists people who have climbed all 14 eight-thousanders without supplementary oxygen.

Claims have been made for all 14 peaks in which not enough evidence was provided to verify the ascent. The disputed ascent in each claim is shown in parentheses. In most cases, the Himalayan chronicler Elizabeth Hawley is considered the definitive source regarding the facts of the dispute. Her The Himalayan Database is the source for other online Himalayan ascent databases (e.g. AdventureStats.com).

Cho Oyu is a recurrent problem peak as it is a small hump about 30 mins into the summit plateau, and the main proxy of a view of Everest, which is possible from the true summit, requires clear weather. Shishapangma is another problem peak because of its dual summits, which despite being close in height, are up to two hours climbing time apart. Hawley judged that Ed Viesturs had not reached the true summit, and he re-climbed the mountain to definitively establish his ascent.

Comparison of the heights of the Eight-thousanders (red triangles) with the Seven Summits and Seven Second Summits. 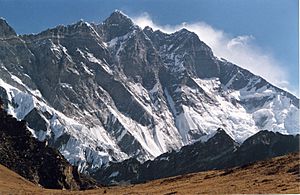 The south face of Lhotse, as seen from Chukhung Ri.

This sports-related list is incomplete; you can help by expanding it.

All content from Kiddle encyclopedia articles (including the article images and facts) can be freely used under Attribution-ShareAlike license, unless stated otherwise. Cite this article:
Eight-thousander Facts for Kids. Kiddle Encyclopedia.